The choice of a mixer depends essentially on its functionality that differs according to the technical characteristics of the model. This list includes the following values.

Power affects the performance and speed of the mixer operation. Power of hand household mixers is from 100 to 400 watts. This is sufficient to perform basic functions such as preparation of the batter, puree etc. or for whipping the creams, yogurts and etc.

Commercial models are designed for intensive operation. Therefore, the power of their engine reaches 1000 watts.

Power affects maximum amount of mixable ingredients. Hand mixer with a power of 100-200 watt provides no more than 1.1 lb dough in one kneading. Model with a power of 300-400 watt easily kneads from 1.2 to 3.3 lb of dough. Stationary and combined models of such a power provide cooking up to 8.8 lb of dough.

Models with a power less than 200 W are considered low- power. They are designed for whipping eggs or for preparation of batter. Higher loads cause overheating the engine.

Preparation of thick dough requires engine power from 300 to 400 watts.

The model cost is usually directly proportional to its power.

Rotation speed is one of the main technical characteristics of the device. It significantly affects the usability of the model.

The speed is controlled by step switch. Manufacturers commonly use fixed regulator or switch with speed variator.

Modern hand and combined models typically have from 2 to 16 speeds. However, only from 3 to 5 speeds are the most popular among the majority of consumers.

Various high-speed modes are designed to optimize performance. For example, whipping the eggs is efficiently at high speed. Kneading the dough requires a slow speed. Using the shallow cookware for hand models also requires a low speed due to spattering.

Panel of switching speeds often has the special icons for selecting the optimal speed during operation in different modes. 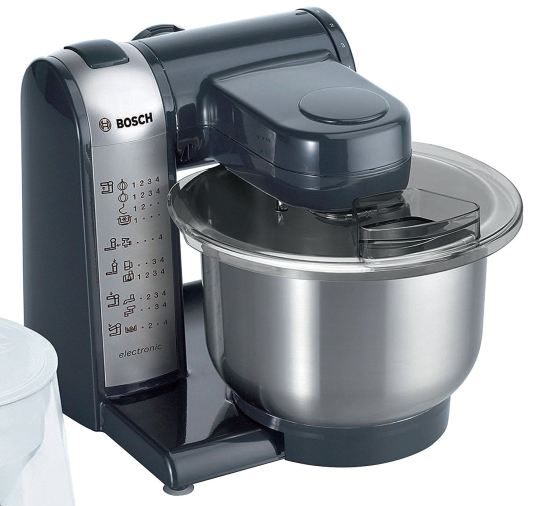 Many modern models have a very convenient speed control. The rotational speed depends on the strength of pressing the button. Mode is used as follows. For example, the user sets a speed of whipping eggs on 4 and lightly presses the button. The rotation speed, respectively, is rather low. After mixing, user increases the pressure on button, and the rotation speed sharply increases for whipping foam. Thus, the need of switching speeds in the cooking process is absent.

This function is only in hand models. Pulse mode is based on the engine operation with short pauses. Manufacturers recommend its use for solid products (eg, ice).

This mode also is available only in the hand models. Turbo mode provides instant speed increase to a maximum value with the help of pressing the appropriate button.

This mode is mainly used to remove lumps during cooking the batter.

Turbo mode is designed for momentary speed increase during up to 2-3 seconds. Prolonged operation of the engine in this mode causes a motor overload. Therefore turbo mode is used alternately with the standard mode.

Some expensive models have the function of slow start. The function ensures a smooth speed increase to prevent of splashing the ingredients in bowl at the first stage of mixing. This function is equivalent to a gradual speed increase in hand mode.

The capacity and material of bowl

The most common mixer bowl capacity is from 2 to 5 liters. The mass rapidly and significantly increases in mixing process. Therefore, full loading is inadmissible due to spattering the bowl contents in during operation. The recommended fill volume is 75-80% of the maximum. As a result, the useful capacity of bowl is from 1.5 to 4 liters.

Practice shows that the bowl with a capacity of 2-2.5 liters is optimal for a family of 2-3 people. The capacity of 3-3.5 liters is quite enough for a large family up to 6 people.

The bowls are usually made of plastic, glass or stainless steel. 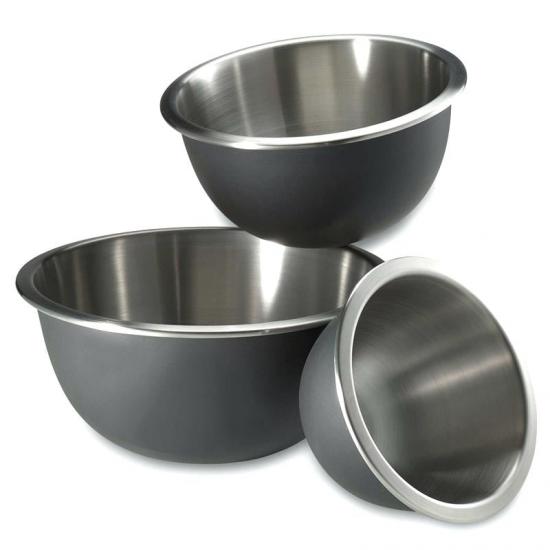 Of coure, attachments significantly affect the mixer functionality. But only basic corollas for whipping and hooks for kneading are present in all models. 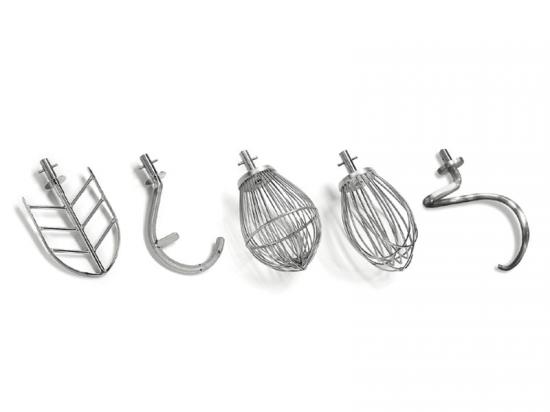 Other nozzles are useful at absence of kitchen equipment with the corresponding functions. The expansion of functionality due to attachments is convincingly demonstrated on the video.