Today, TV set is one of the most technically complex devices. The competition between the main leaders of this segment is accompanied by their constant improvement. A wide range of offered models with a lot of technical characteristics sometimes makes it difficult to choose the optimal TV.

The matrix is one of the main elements of the TV and significantly affects the cost of the model and its capabilities. Their qualifications can simplify the choice of the most suitable TV.

Modern TVs form images using LCD or OLED technologies. Plasma technology, unfortunately, did not stand the competition. Of course, the market still offers these TVs, but the development of new models by companies has already terminated.

Some consumers sometimes do not quite understand the difference between LCD and LED TVs because of the incorrect terminology of some companies. In fact, the LED screen is an LCD screen with an improved LED backlight that replaced the less efficient fluorescent backlighting.

LCD is the most common type. The image in such TVs is formed with the help of polarized light, the several filters and controllable liquid crystals.

Forming an image on the LCD-TV screen is carried out by passing of polarized light through the liquid crystals. Light flow is created with the help of the backlight. 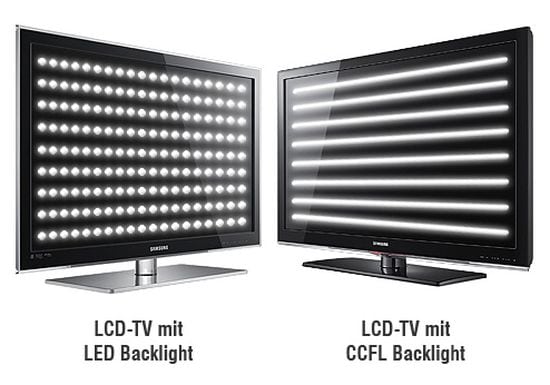 CCFL technology (cold cathode) is based on the use of fluorescent lamps behind the matrix.

– localized control of backlight is impossible.

– static method of image forming (absence of dithering) is well suited for displaying images and photographs, and is safely for the device;

By the way, the NVidia graphics card with monitor on IPS matrix may not work optimally. It’s advisable you to check the preset mode in the video card settings. Manufacturer often establishes the limited mode default.

LED backlight is divided into the Direct-LED and Edge-LED backlighting. But modern expensive models often use a more advanced Full array. 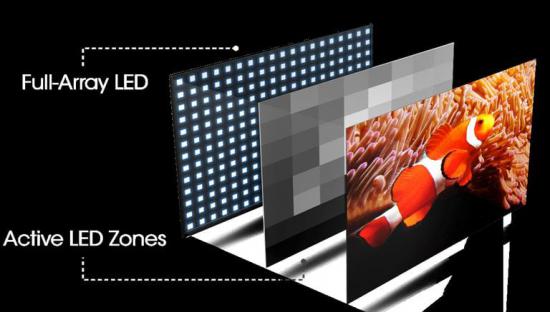 This type is a compromise between “TN + film” and IPS matrices. MVA matrix (Multi-domain Vertical Alignment) is the most popular. This technology is developed by Fujitsu Company.

It’s the better compared to “TN + film” matrix, but worse than for IPS matrix.

– The reduction of image details in shadows compared to IPS.

This matrix is ideal for TV’s of average price segment and today mainly is produced by LG Company.

The analogs of matrices with this technology from other manufacturers are called PVA (Patterned Vertical Alignment) from Samsung Company, Super PVA from Sony-Samsung (S-LCD) and Super MVA from CMO Company. However, this is an incomplete list. Manufacturers are constantly developing new versions with improved characteristics.

These matrices are installed on almost all LG TVs 3-9 series, Philips 4, 6 series, Panasonic and many others. The presence of an IPS matrix is checked very simply on the screen without protection. IPS does not save the plume on the screen in case of a touch of a finger.

PLS matrix is designed by Samsung Company as an alternative to more expensive IPS matrices.

S-PVA matrices are also produced by Samsung Company. They are designed for TVs of a higher level compared to IPS.

UV²A matrices are produced by Sharp Company. Today, many experts believe that this the most perfect matrices. They have a wider viewing angle compared to S-PVA, but smaller compared to IPS-matrix.

– Sharp Company produces an insufficient quantity of these matrices.

This matrix is used in the 9 series of Philips and in the top series of Sharp.

Today it’s the most advanced technology of image forming in TVs. It’s based on organic light-emitting diodes. The image is formed with the help of self-illuminating diodes that glow under influence of an electric current. Each cell is a separate light source. Therefore, the need in the backlight is absent. The operating principle of this technology is shown in the diagram. 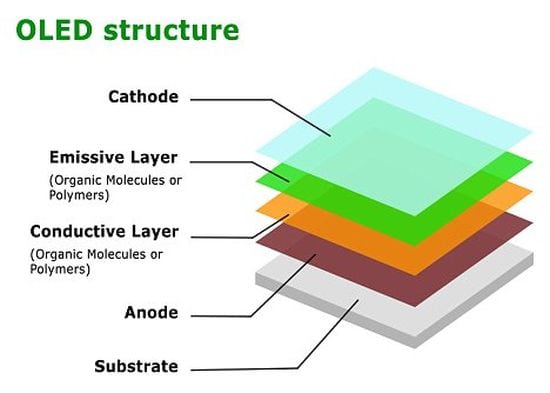 LG and Samsung Companies are the leaders of developments in this area. The price of these devices is significantly superior the cost of similar LCD and plasma TVs. But, LG Company promises a significant price reduction.

Display thickness is only a few millimeters.

This factor is often critical for portable devices. 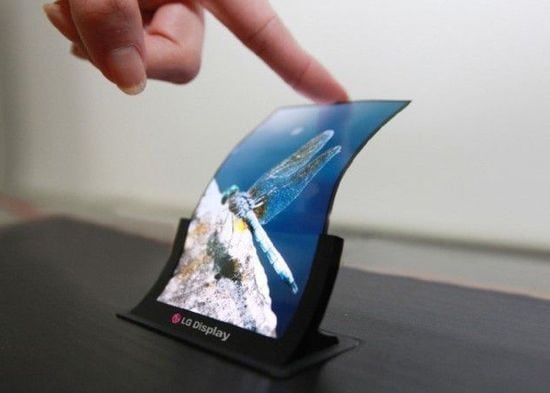 At present, this problem is solved with the help of compensation by software methods.

Additionally, there is another aspect. Several models of Samsung Company initially were perceived as OLED-TVs. Subsequently emerged that these are very thin LCD TVs with LED backlight.

These TVs are still available, so their key features may be of interest to their fans. The image is formed with the help of luminescence phosphor under action of UV rays. TV does not requires a backlight because an each cell is an independent light source. Thickness of the first plasma TVs was too large due the size of cell. But thickness of the modern models do not exceed 1,5 in. 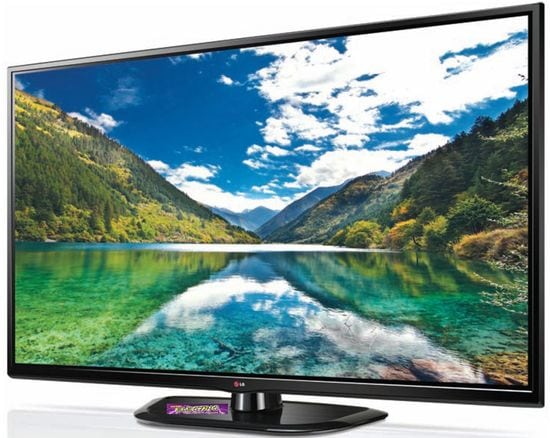 The diagonal size begins with 42″.

This technology has several important advantages, including:

Playback of high-quality content is significantly different compared to LCD TVs. Image has the greater depth, saturation of colors and strongly marked effect of volume.

Unfortunately, this technology has a lot of disadvantages due to fuatures of its design and technology.

– some models have insufficient brightness;

This is caused by the formation of gradations due to dithering.

– thickness of the plasma TV is 1.5-2 times greater compared to LED TVs;

Electricity consumption is approximately 2 times higher than for LED TVs.

– high weight due to the large amount of glass in the device.

– the brightness of the phosphor decreases with time;

– there is possibility of burnout luminophore under prolonged display of static image.

Implications are manifested when the TV is turned off or on a dark background. “Burning out” of cell can occur if the screen during several days displays motionless contrast image. However, modern models have a protection system. The backlight turns off automatically if the user forgets to turn off the TV.

– pixels are distinguishable on the display from close range;

– work of plasma TV can become unstable at an altitude of 2000 and more meters above sea level.

It’s due to the differential pressure in the cells and the outside. Furthermore, in these conditions, the TV starts to generate extraneous sounds.

– ionization of the gas at the plasma creation can generate high-frequency noise;

This happens after several hours of displaying the static element on a black background. The display may appear silhouette that disappears after a few tens minutes. Therefore, the plasma TV is not recommended for use as a monitor.

Only model with a high-quality anti-reflective coating provides visualization of their advantages. Otherwise, the advantage of plasma TV will be manifested only in the dark.

This video illustrates the differences and features of OLED and QLED technologies.