As known, the American Heart Association have long advises to cook in cookware with non-stick coating for reducing consumption of oil and fat. Moreover, many experts are agree with this opinion. Therefore, today inner surface of practically all cookware has non-stick coating.

Of course, non-stick coatings differ by the number of layers, by thickness and resistance to mechanical damage. For example, thickness of the thinnest coating reaches only 10-15 microns. It’s often used in baking dish due to minimal mechanical loads. But coatings with a thickness from 25 to 50 microns are most common. As a rule, сoatings for upper price segment include abrasive additives for increasing strength. For example, today manufacturers often added for these purposes a ceramic or diamond dust or other mineral additives.

Non-stick coating based on polytetrafluoroethylene 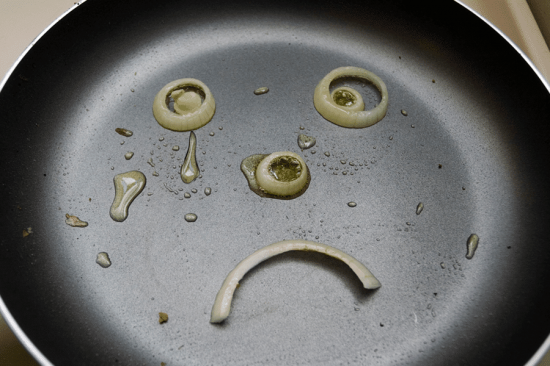 The coating is based on polytetrafluoroethylene polymer (PTFE). This material has excellent non-stick properties. It’s not destroyed by exposure of water, acids, alkalis, oxidizing agents and solvents. The material has the highest chemical stability among all known metals and synthetic materials.

The first polymer coating based on PTFE was called Teflon. This material has been developed and patented by DuPont Company.

French engineer Marc Gregoire (founder of the Tefal brand) has released the first pans with non-stick coating in 1959. He has invented a method of applying PTFE to the metal. Further was developed a large amount of different brands on the basis of PTFE. Today, Teflon brand is one of many such coatings and is produced by DuPont.

Other companies produce their own non-stick coatings. For example, Tefal Company uses Expert Pro, Prometal Pro, Intensium and others coatings. Other manufacturers use Stalaflon, Adgelast, etc.

PTFE is inert safe material. It does not enter into chemical reactions with food, water and household detergents. PTFE is not dangerous even when ingested. It’s not absorbed, is not cleaved and is eliminated from the body in its original form. 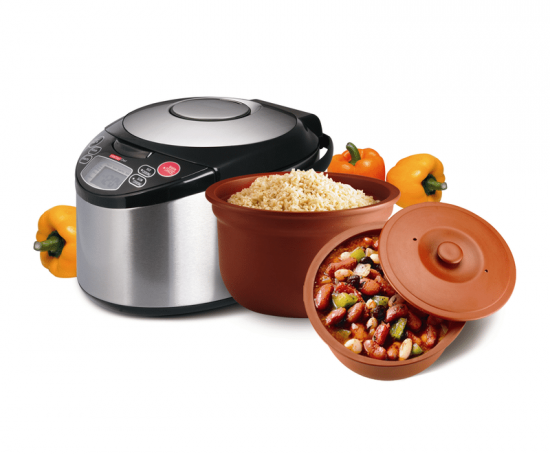 Non-stick ceramic coating for cookware has appeared relatively recently. Its popularity among consumers is growing rapidly due to effective marketing the manufacturers. This material has no relation to ceramics from clay. This coating is based on a polymer nanocomposite. The ceramic coating is produced by using sol-gel technology. The content of ceramics (particles of sand) is 5% or higher. Standards for such coatings are absent. Today Termolon, Ekolon (or polycaprolactam), Greblon and some others are the most common.

They are more expensive but are considered by more environmentally friendly and resistant to mechanical impact compared to coatings based on PTFE. But in general, this discussion between experts is open. Companies present arguments in favor of each decision. Therefore, the final choice, of course, depends on the individual preferences of the consumer. This aspect is demonstrated on video.