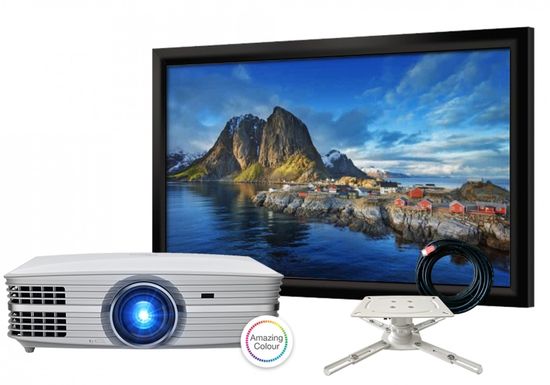 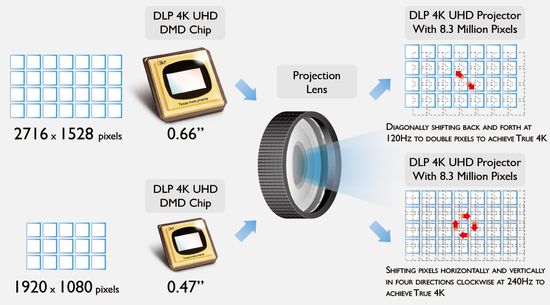 On the other hand, the cost of the Optoma UHD60 with 0.66″ DLP chipset also dropped.
But the larger chip provides higher contrast, working with lumen output and contrast.

Optoma UHD60 provides 3000 lm in Bright mode. Unfortunately, image in this mode has a clear green tint. The remaining preset modes are less bright, but provide much better color accuracy.

Of course, the UHD60 uses a BrilliantColor technology in the range from 1 to 10. As known, this technology uses six-segment color wheel to increase the brightness and saturation of the image by increasing the level of tints.

As known, it affects the saturation and contrast. Except Reference mode, its default value is 10 in all modes. In this case, the color brightness reaches only 55% of white, which provides lower color saturation and brightness compared to white.

Thus, the maximum BrilliantColor is optimal for a room with some ambient light, a large screen or a low-gain screen. However, in a dark room you may want to experiment with BrilliantColor in the range from 5 to 7.

ANSI lm for modes with BrilliantColor of 10:

Eco mode reduces light output by 37%, but is only available without Dynamic Black.

The model uses a 1.6x zoom lens that loses 26% of the maximum light flux. Of course, this is too much for such a zoom lens. But, reducing the distance to the screen solves this problem. 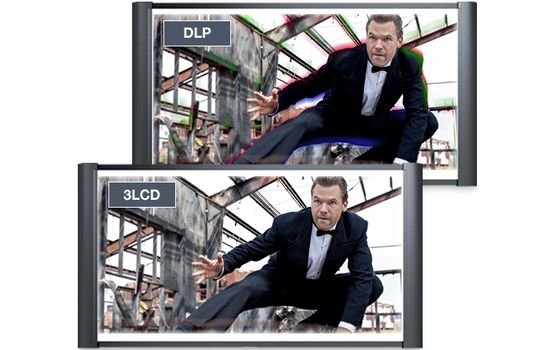 However, the optimal settings for brightness, contrast and white level effectively reduce this effect.

The UHD60 uses two 4-watt speakers, which provide a fairly loud sound and a good bass range. But, of course, serious home theater will require the full surround system.

A 1.6x zoom lens provides a projection distance of 12 to 19 feet for a 120-inch screen. Moreover, the internet offers various Projection Calculators for a quick and easy solution to this problem. Additionally, the low noise level does not limit the choice of its location. But using the wider angle end of the zoom will maximize light output.

The UHD60 has a built in throw angle, but unfortunately small lens shift.

– unstable image luminance in eco mode causes flicker. But lowering BrilliantColor will allow you to reduce the brightness, for example, in Dynamic Black (15,000 hours of service lamp life) and not to use eco-mode at all;

– like other inexpensive 4K projectors, the UHD60 does not support 3D.

– unfortunately, the model does not have a keystone adjustment. Therefore, the centerline of the lens should be perpendicular to the screen plane.

This video shows some features of Optoma UHD60 4K projector.