Frames Per Second (FPS) or Frame Rate or Frame Frequency characterizes the number of frames in one second of video content.

Of course, FPS is not analogous to the screen refresh rate.

This value was first used by photographer Eadweard Muybridge, who experimented with chronophotographic shooting of moving objects with several cameras.

Any animation uses the vision inertia. As known, successive images create an illusion of continuous movement in the brain.

But the minimum speed of their change should exceed 10-12 FPS for comfortable perception. Otherwise, this illusion is destroyed. However, such playback will be very uncomfortable due to flicker. This effect arises due to the micropause between frames.

Thomas Edison determined the disappearance of the flicker effect for our eyes with FPS of 46 and above. But this solution has a significant drawback, which is well illustrated by the following example. For example, a video file contains 1,500 images that we reproduce at a speed of 12 FPS. In this case, 1,500 frames / 12 FPS = 125 seconds or a two-minute film. But playback duration of this video will decrease to 32 seconds at 46 FPS. Thus, the timing task will require 5,750 frames instead of 1,500 frames (125 seconds = 5,750/46 FPS). Thus, the film must be four times longer, which dramatically increases the shooting cost.

Therefore, engineers have concentrated efforts in a different direction. They redesigned the projector by developing a triple blade shutter model that reproduces one frame three times. 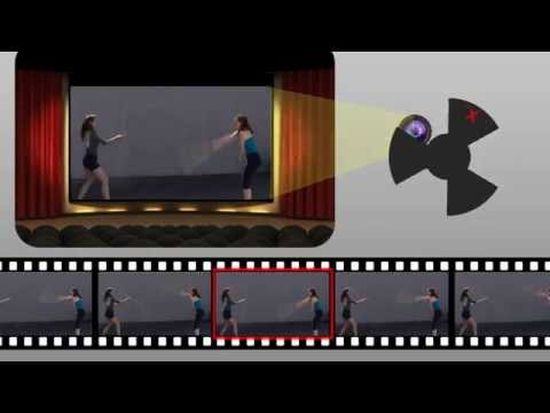 This decision increased the frame rate three times. Of course, the number of blinks also increased, but its duration decreased threefold. This was enough to compensate for flicker due to the vision inertia. Thus, the 16 FPS with threefold reproduction of each frame provides 16 frames x 3 = 48 FPS, eliminating the flicker. A value of 16 FPS was chosen instead of 12 or 14 to provide a value greater than 46 FPS. This value reduced the consumption of expensive film to one foot per second.
Thus, silent films began to use the first standard 16 FPS. In addition, the first projectors used a mechanical rotation of the knob. Therefore, the operator could vary the FPS from 14 to 26, changing the rotation speed.

Sound film required further development. In particular, a constant frame rate was required to reproduce the original timbre of the actor’s voice. In addition, 16 FPS did not provide the required quality. Engineers needed to develop a new standard that optimally solved this problem. As a result, they replaced the triple blade shutter with a double and increased the frame rate to 24 FPS (24 FPS x 2 exceeds the required minimum of 46 FPS). 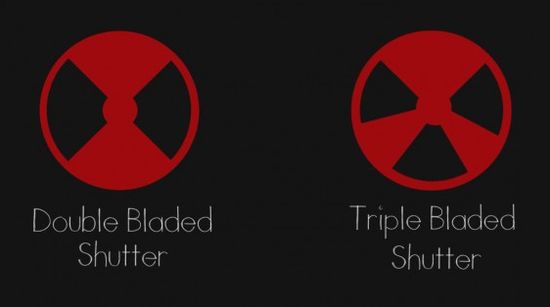 TV has created the need to develop a new technology to transfer information. Double playback of one frame was not optimal and complicated the transmission of the analog signal. Increasing the number of frames requires channel expansion and increases the cost of this process.
As a result, engineers invented interlaced scanning, which provided half frame transfer. This technology divides the image into strips and transmits first the odd halves, and then even. 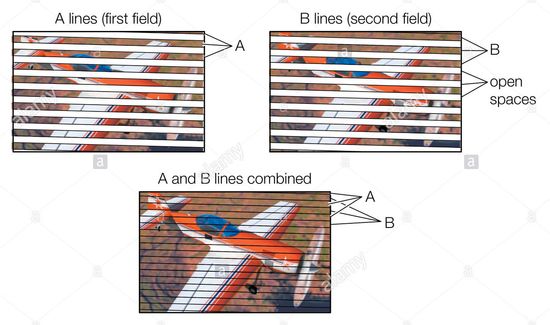 The vision inertia unites them into a single whole and we perceive the image as a whole frame. This technology is denoted by the “i” letter. Progressive technology uses the transfer of the entire frame. Each of them has advantages and cons. Accordingly, the interlaced video with a resolution of 1920 × 1080 has designation of 1080i, while progressive – 1080p.

Colorcast has once again changed the requirements. The frequency of color transfer intersects with the sound frequency, creating interference. To solve this problem, engineers reduced the frequency of half-frames by 0.1%.

As a result, the value has changed as follows:

The NTSC broadcast system with this frame rate has been used in the USA and some other countries. The European PAL system has been specifically designed to color transfer. As result, frame rate 25 FPS has not changed.

Today, the market offers models with HFR (high frame rate) technology, which supports 60 and even 120fps.