In 1937 Japanese Imperial Army ordered device rapid preparation large amounts of rice for mobile car kitchens. Successfully developed device became the prototype of the modern rice cooker. It had a wooden box with two electrodes for heating water. But the first commercially successful model appeared on the market only in December 1956. It was developed by Japanese Toshiba Corporation and contained two working chambers placed one in the other. The outer circuit was intended for hot water, and the internal – for rice. Thermostat became its key feature, providing automatic shutdown after the end of the cooking cycle.

Today, this device still remains one of the most popular. Of course, modern models use a large number of innovative technologies that together with technical valumes of model affect the price and choice of the optimal rice cooker. But the design has remained very simple and has not changed much in recent decades. 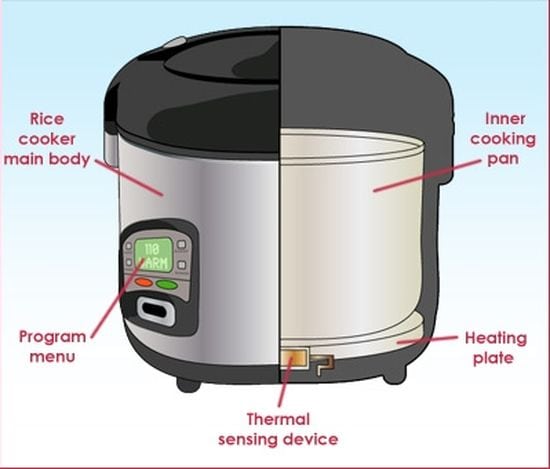 Measuring cup, measuring spoon and dimensional lines on the wall of bowl greatly simplify dosage of ingredients according to the cooking recipe. 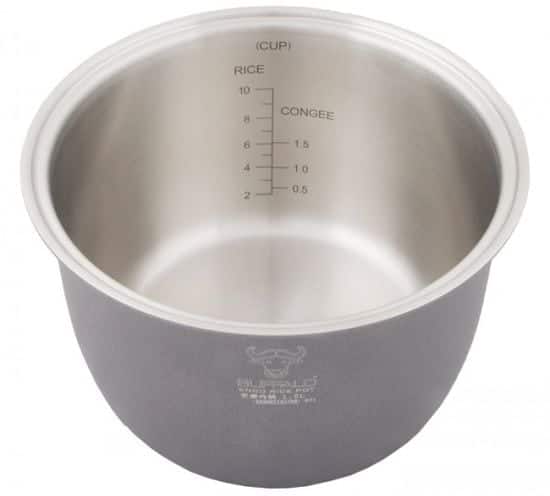 The coating prevents food sticking to bowl walls and eliminates the need of periodic mixing during cooking. Some modern models use ceramic bowl. 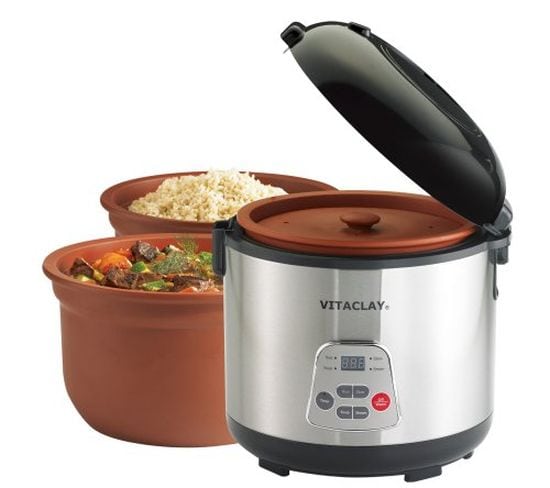 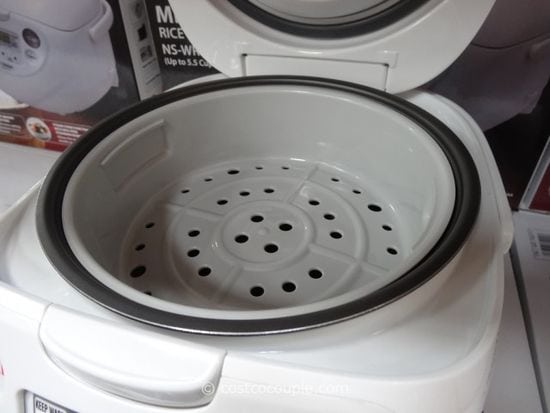 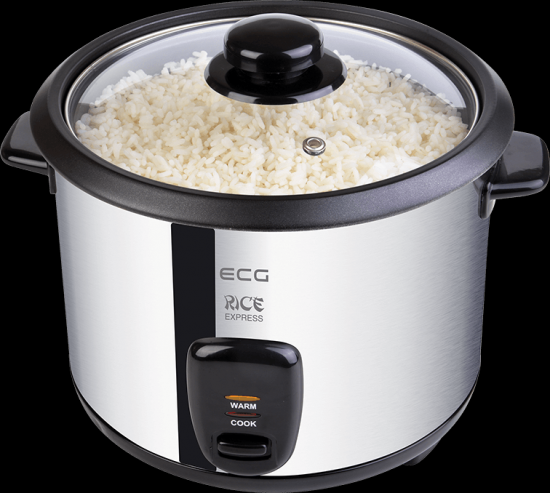 Models with the function of a pressure cooker provide smooth steam pressure decrease. Pressure gradually reduces after completion of the cooking program. This function increases operation safety and uses a steam valve.

The function periodically warms the finished dish to the preset temperature. In fact, it duplicates the thermos function.

Tripartite placement of heaters on the bottom and in the walls or innovation system of induction heating provide a high degree of heating uniformity.

This function is used for adjustment of the porridge consistency that varies from soft rice (as a filling for pies or pancakes) until crumbly rice for pilaf or salads.

The function automatically adjusts temperature and cooking time for optimization of cooking process. This option is implemented in expensive models of the upper price segment.

This technology is a 6 -layer coating the bowl surface. The inner coating is applied with the help of diamond spraying. Outer covering uses gold. 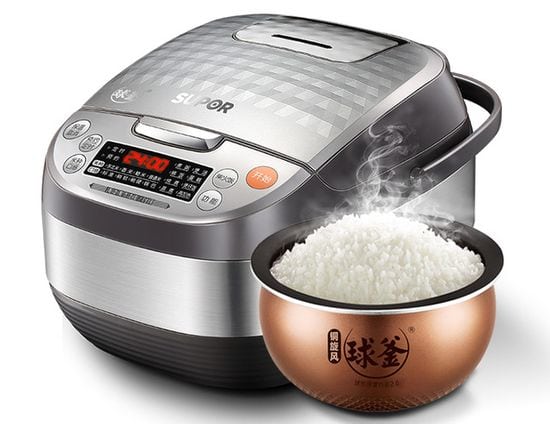 Control via the smartphone. 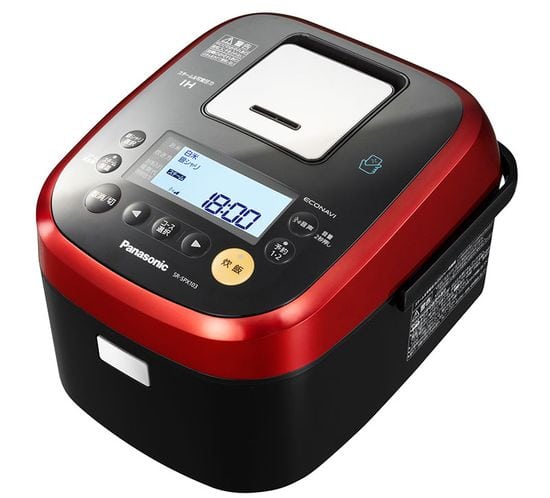 The video at the end perfectly demonstrates the multifunctional Wi-Fi IH Rice Cooker from Xiaomi.

Unfortunately, many models support this function only in the few programs. Some programs (for example, milk porridge or yogurt) are poorly suited for cooking with a delay due to turning sour of dairy products without refrigeration. This function is very convenient for baking bread or cooking porridge on the water.

Timing organization differs slightly in models of different companies. Maximum time in Cuckoo models reaches of 13 hours. But company recommends use maximum delay up to 7-8 hours due to risk of food spoilage without refrigeration, especially in hot weather.

Many models require setting the cooking end time. The user should set the exact time, for example, 8 o’clock in the morning. In this case, the device is automatically activated taking into account the cooking time. Accordingly, the cooking ends in 8 o’clock.

The minimum of timer setting varies in different modes. For example, the minimum in program for white rice (cooking under high pressure) is 41 minutes. The minimum for porridge program equals 19 minutes. MultiChef program supports this function from 1 minute and more.

Some models use another algorithm. User sets a cooking start time. Accordingly, it should take into account the cooking duration for providing the desired end time. The maximum start delay is usually 9 hours.

Panasonic models provide this function only for three programs (programs for cooking the buckwheat, rice and dairy porridge). The timer provides time selection in range from 1 to 13 hours in increments of 30 minutes. These models also require the installation of time cooking end.

1 thought on “Features of the modern rice cookers”