Of course, the English Dyson company needs no introduction. As known, this brand has long become a common synonym for a cyclone vacuum.

But vacuums are not the only direction of the company. Today, this company is also famous for its innovative bladeless fans.

In fact, people have been using traditional electric fans with blades for more than 125 years. Of course, modern models are more effective, but their design has not changed. And only in 2009, Dyson company announced the first bladeless fan based on a fundamentally new Air Multiplier technology. Already in 2014, the company offered the first model. 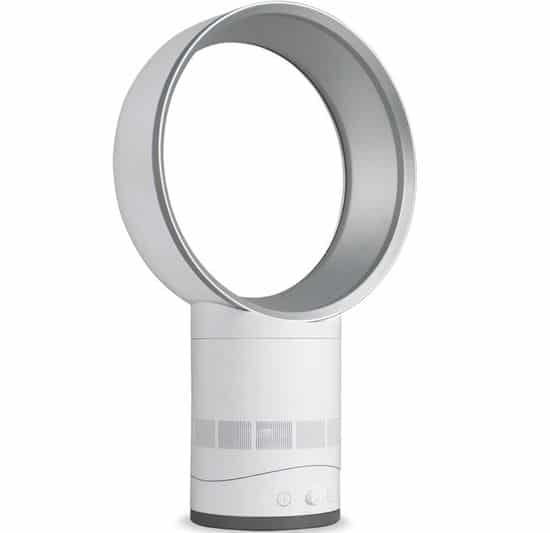 As known, Dyson has an innovative high-tech center in Singapore that conducts research and develops new products for the company. The efforts of its engineers ensure continuous improvement of technology and fans are no exception. For five years, the company has significantly improved it and today offers the next generation of bladeless fans with enhanced and improved functionality. For example, many new models support heating and air purification modes and a WiFi connection. 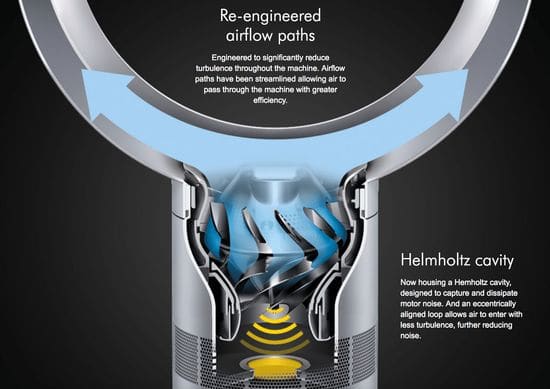 Additionally, purifying models effectively purify the air. According to the company, the degree of purification reaches 99.95%.

In principle, this device works like a vacuum in blower mode. The airflow inside the cavity of the ring creates a low pressure area that sucks air to its center.

Initially, the base of the device sucks in air and directs it into the cavity inside the ring. Then, a powerful air stream exits through a narrow slot and evenly flows around the aerodynamic profile that is similar to the profile of an airplane wing. The area of reduced pressure in the ring center sucks in air and forms its directional flow. As a result, its outlet volume increases by 15–20 times, creating a powerful and uniform airflow.

The diagram from company perfectly illustrates all the steps of this process. 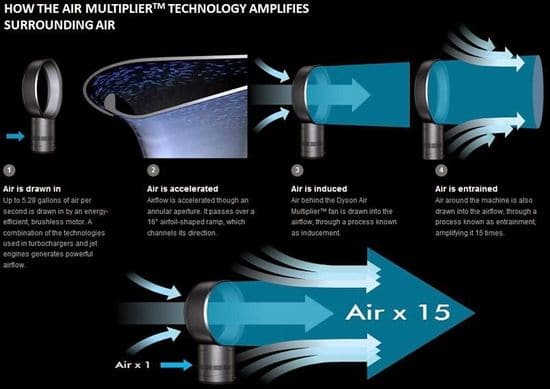 The thickness of the slit along the perimeter of the inner surface of the ring does not exceed 1.3 mm, and the device performance reaches 50 cfm and higher.

The device contains a base with a filter and a working ring. 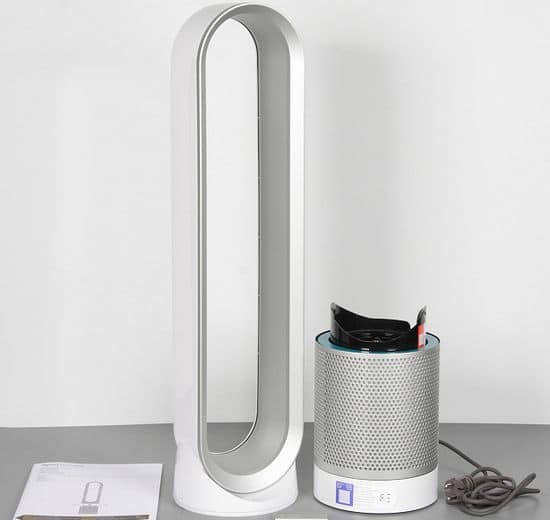 The cylindrical filter contains several layers, including a plastic mesh for coarse dust, a HEPA filter made of borosilicate fiberglass and a layer with activated carbon, that is impregnated with tris or hydroxymethylaminomethane for purification from harmful substances. 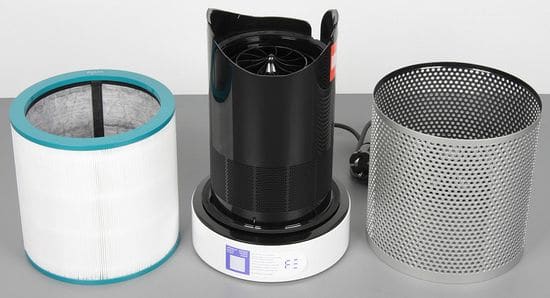 For example, tris chemically binds formaldehyde. The model generates reminders to replace the filter after 12 months with 12-hour daily use.

Rotation mode rotates the housing in different directions for an even distribution of air flow. The angle of rotation reaches 40 degrees in each direction.

The device has an IR remote control. The magnet on the top of the working ring ensures its convenient storage. 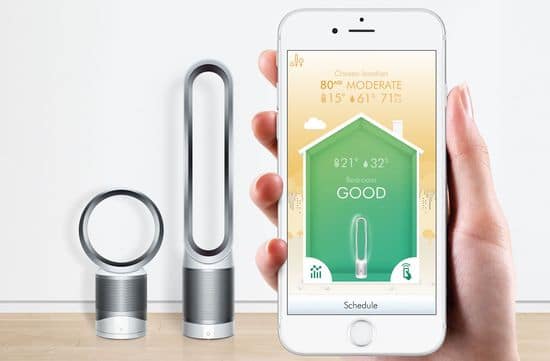 In fact, the high price, from $ 500 and up is the only drawback of the device. But, of course, multifunctionality and efficiency substantially compensate for it when choosing a fan.

Video from the company demonstrates the operation of Dyson Link app.