In 1945, Percy Lebaron Spencer invented the first microwave oven. He patented a cooking method using electromagnetic waves. The first device was manufactured in 1947. Its weight exceeded 660 lb. This model was called Radarange. Today the name of the inventor is listed in the American National Inventors Hall of Fame (NIHF).

At the end of the last century, some consumers had distrust of microwave ovens due to doubts about the harmlessness of the microwave radiation of a magnetron. But the results of numerous examinations proved their complete safety for health because of the reliable door screening and today this aspect is absent. But, of course, microwave cooking has some special features. The impossibility of using metal utensil was their second significant drawback. But today the market offers a huge range of microwave cookware and this problem has also disappeared.

Today, a microwave is one of the most popular household appliances in any modern kitchen. High consumer demand is traditionally accompanied by fierce competition among manufacturers. Companies are constantly improving models, expanding their functionality. Today the market offers a wide range of models, the functionality, technical values and price of which is significantly different. Therefore, even a simplified classification can simplify the selection of the optimal model.

Built-in models of household appliances are a popular trend for several decades. Therefore, companies are constantly offering such new models. Microwaves are no exception. Their installation is simple and can be performed independently, without the involvement of specialists. The video at the end demonstrates this process.

These models use only the microwaves and are designed for defrosting, cooking simple dishes and their warming-up.

Cooking in microwave is similar to traditional cooking in a small amount of boiling water. Functions of baking and roasting are not available. But today the Internet offers recipes that allow the user to successfully bake and roast even in the base models.

The controls include mechanical rotary dials, electronic buttons and a touch panels. 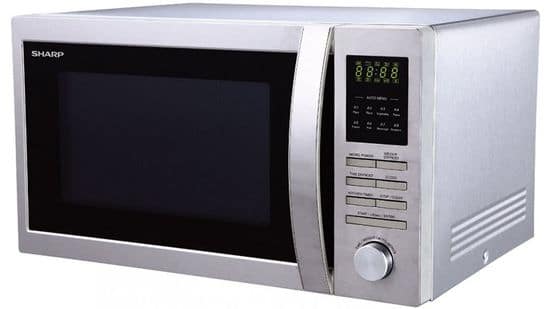 The countdown and the current process information is displayed on a small screen. Many models have a lock mode from children.

A list of the main technical values includes dimensions, power, diameter of rotating stand for cookware and the chamber internal capacity. Warming up of food for one person requires chamber capacity of about 0,3 cu ft or 8 liters. The capacity from 0,56 to 0,7 cu ft (16-20 liters) is sufficient for warming up of two servings. Capacity of some models reaches 1,4 cu ft (40 liters). It allows the user to cook Christmas turkey or goose. 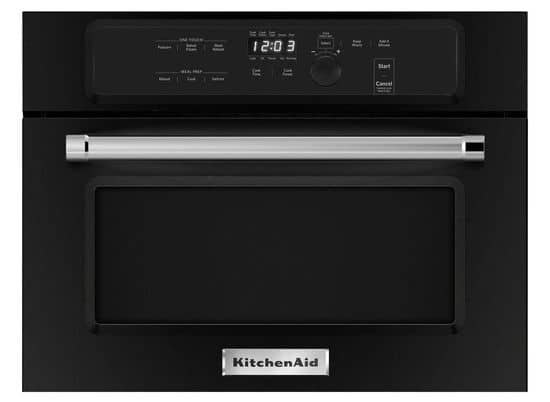 Grill is designed for roasting food. 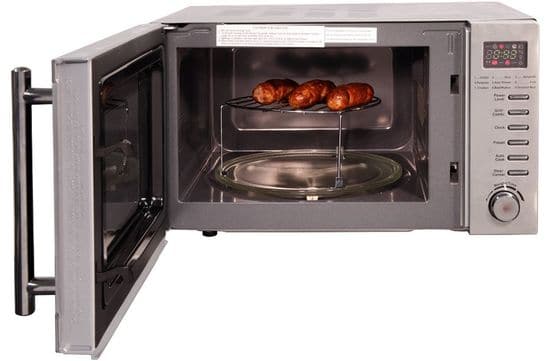 The operation of grill in microwave is similar to the oven. Grill is heated up to 392 °F – 482 °F or 200 °C – 250 °C. High temperature provides formation of a crisp during cooking. The grill mode is designed for a fairly long time, which reaches 99 minutes.

Convection principle is based on the heat movement from the area with higher temperature to area with lower temperature. This process is accompanied by an exchange of kinetic energy between the particles. From a technical point of view, the convection in microwave provides blowing the food by hot air with the help of a fan, which is usually located behind the back wall. 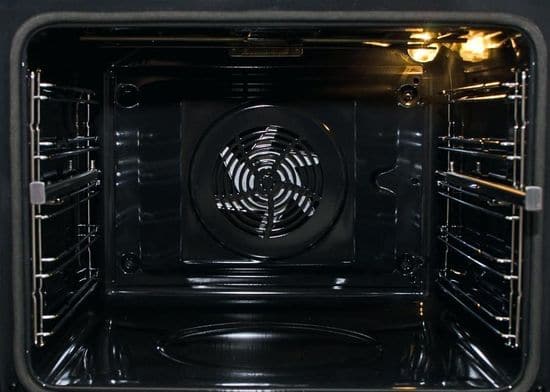 This is called a forced convection. Such process is similar to cooking on a skewer. Convection provides the ideal conditions for baking from dough, for cooking chicken and meat, etc. Convection function partially duplicates the oven functions.

These models are the most expensive. They combine a large range of functions in a single device. Grill, convection, pressure cooker, many additional modes and other technical solutions for cooking provide the impressive functionality of such models.

The steaming function is usually implemented using a steaming double tray. Water is poured to the bottom, foods are placed on the tray and bowl closes by cover. 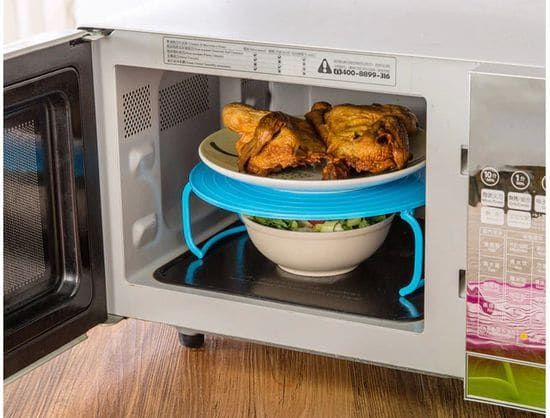 Such steamer is well suited for the periodic cooking the small portions of diet food. But, of course, it`s much less functional compared to freestanding multi level steamer.

The model with a full set of functions partially replaces the convection oven and aero grill, providing significant savings due to the cost of kitchen equipment. In addition, the cooking time and energy consumption in such models is much lower. For example, the energy saving reaches 50-70% compared to electric oven. High price, large size and weight are their main disadvantages.

The standard warranty period is typically one year. More expensive models have a warranty of 3 years. But in general, the service life of modern microwave is from 5 to 8 years.

Inverter technology is called Inverter Combination Cooking. Ii`s a unique development of Panasonic Company that today is implemented in many Panasonic microwaves. 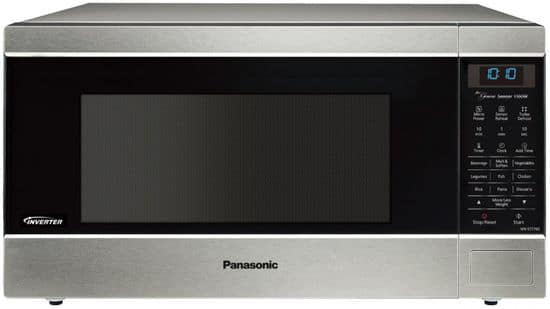 Technology provides smooth adjustment power based on data from sensors. This system forms the commands for change of operation mode during cooking the various dishes. For example, the steam sensor reduces output power at the start of vaporization process, preventing splashing inside the chamber due to intense boiling process. Thus, these models may well be classified as Smart.

These models consume less energy and reduce cooking time. Heating and defrosting the food also is carried out significantly faster.