Skip to content
Home » Projectors » What is 3LCD projector

The development of digital technologies has accelerated the development of innovative technologies in almost all segments of consumer electronics. As a result, even relatively simple household appliances have become complex multifunctional devices. Of course, high-tech projectors are no exception. The modern projector has also turned into sophisticated digital device with huge media capabilities. The projector in the smartphone, miniature Pico and Cube models with semiconductor light sources perfectly illustrate this trend.

Modern projectors form a projection image using DLP, LCD or LCoS technology. DLP and LCoS technologies use reflected light, while LCD works on the light pass. Of course, each of them has its pros and cons, but all of them have been successfully competing in the market for many years. However, the type of projector affects its spec and, accordingly, its choice.

The first attempts to create LCD projectors began in the early eighties of the last century. In fact, the developers tried to replace the moving film and the shutter in the film projector with an LCD matrix that forms the video. A few years later, the companies has already offered the first commercial samples. 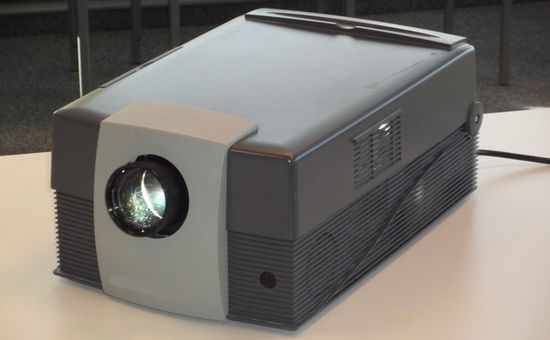 Of course, these devices had many flaws. They weighed up to 20 lb with a luminous flux of no more than 300 ANSI Lm. These models had a low resolution and visualization of the grid of pixels. But they served as a prototype for the further development of large-format image reproduction technology and, as a result, the home theater segment. 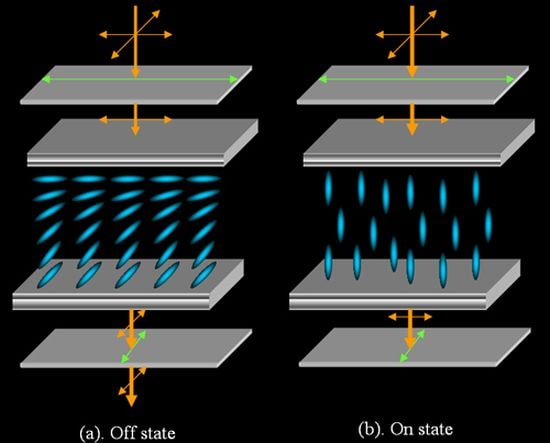 In fact, the LCD matrix is an array of crystals on a glass substrate, the optical transparency of which depends on the applied voltage. Of course, the LCD technology additionally uses control transistors, conductors and the corresponding color filters. In addition to LCD arrays, the 3LCD projector contains a powerful lamp, a cooling system, control electronics, a power supply unit and a lens for projecting an image. 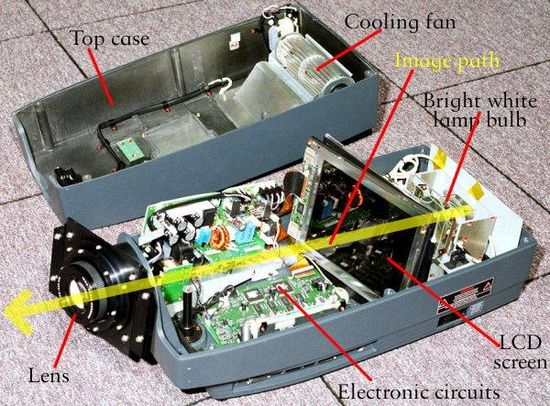 Unfortunately, the use of a single matrix did not provide the desired result due to overheating of the LCD panel, low contrast and degradation of polarizing films under the action of high temperatures. As a result, Epson developed a three-matrix projector or 3LCD.

This engineering solution has proven to be very effective and has been used successfully until now. The light from the source passes to the system of dichroic mirrors in the optical unit. They transmit light of a certain spectrum and reflect another. Thus, white light is divided into three streams, forming red, green and blue light fluxes. Each beam passes through its monochrome matrix, forming an image of the corresponding color. Then a special prism combines three mono-color images, forms a color image and sends it to the lens. 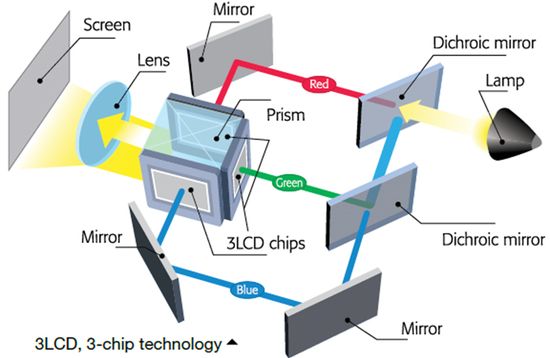 White color is also formed by mixing red, green and blue. This eliminates the imbalance in brightness between black and white and color components of the image.

Unlike the DMD chip, the LCD matrix can be in a half-closed position, passing more or less light. 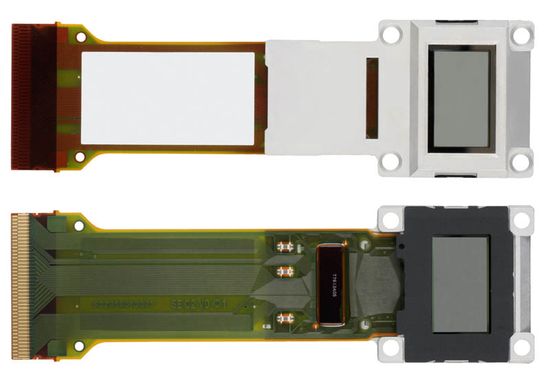 This technology combines a VA matrix with a so-called “inorganic orienting layer”. As known, VA technology provides a higher contrast, but has small viewing angles. Of course, the last factor does not matter for the projector’s matrix, because it transmits strictly perpendicular beams of light.

This video demonstrates the operation principle of 3LCD technology in projectors.

1 thought on “What is 3LCD projector”