Of course, innovative technologies and high competition affect development trends in almost all segments of home appliances, including TVs. For example, plasma models did not withstand the competition and disappeared from the market due to the high cost of production. Most companies have abandoned the 3D feature due to limited content. On the other hand, LG presented at CES 2019 a new Signature Rollable OLED TV with flexible screen. 260 flexible OLED signage screens, connected together to imitate a waterfall struck the imagination of the most imperturbable viewers. 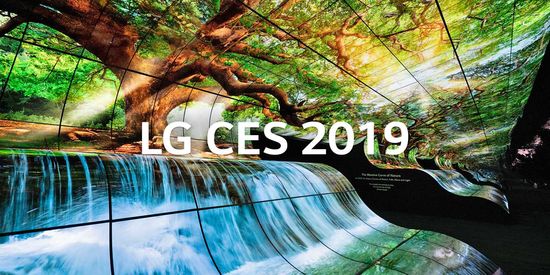 Nevertheless, the main intrigue in this segment remains in the competition between OLED and traditional LED (including Samsung QLED) technologies. Additionally, companies are actively using SMART technology, expanding the functionality of their TVs. ThinQ AI from LG and Roku Smart TV from TCL perfectly illustrate this trend.

As known, some companies have reduced activity in the segment of OLED technology due to the high cost of matrix production, which significantly reduces the competitiveness of OLED TVs. But LG continues to actively develop this direction.

OLED (organic light-emitting diode) technology uses its own radiation of diode when passing electric current. Accordingly, the OLED-display does not require LED backlighting, provides absolutely black and maximum contrast. As a result, they have a minimum thickness and maximum uniformity due to the lack of LED backlighting. Unfortunately, the high cost significantly limits their popularity.

As known, modern models use RGB OLED or WRGB OLED technologies, which use, respectively, 3 or 4 subpixels. LG TVs are based on the WRGB OLED (white + red + green + blue sublixel) technology. 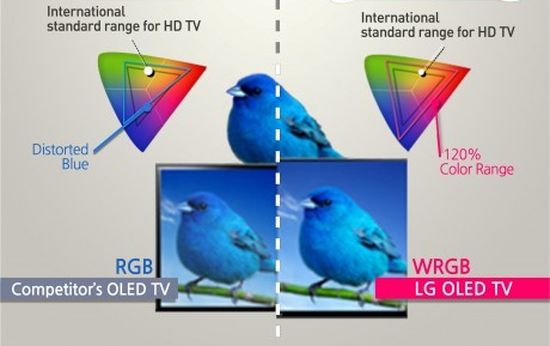 According to LG, the fourth subpixel reduces the production cost while improving brightness, contrast and color reproduction.

LG produces panels on its own LG Display enterprises, which, of course, expands their possibilities for technology optimizing. As a result, the company was able to significantly reduce the price of its 2018 OLED models. Therefore, LG 4K OLED TVs became one of the sensations in 2018.

But, of course, this is not the only difference. For example, the series use different speakers.

The series uses the popular Floating Glass or Picture in Glass design. 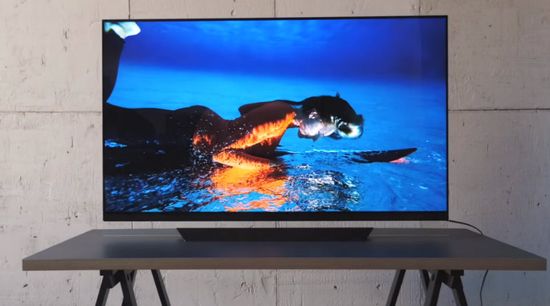 While watching, it creates the illusion of a TV that floating in the air. The video at the end demonstrates this innovative design.

Support for Dolby Atmos Surround Sound technology allows you to use a soundbar or home theater, which will certainly significantly improve audio playback.

Unfortunately, the energy efficiency of the series corresponds to the average level (122W). For comparison, even the previous LG 55SJ8509 consumed only 84W. 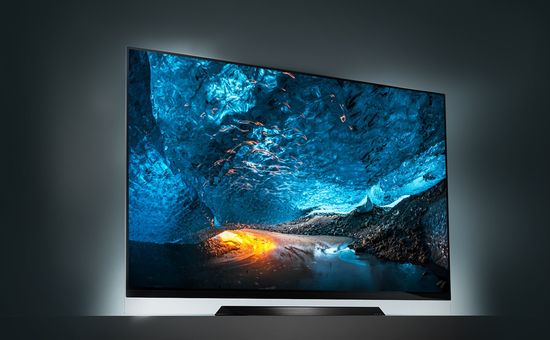 10-bit WRGB OLED-matrix with 4K resolution provides a large margin of brightness, which is important for high-quality playback of HDR content. The maximum brightness value reaches 400 cd / m2, and the peak – 800 cd / m2. As known, peak brightness can only be achieved under certain conditions – on a small bright object for a short time. Nevertheless, a huge 800 cd / m2 in a certain way characterize the matrix capabilities. 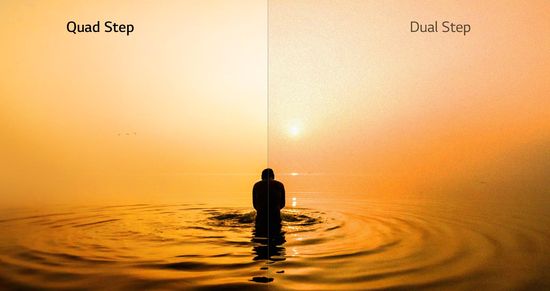 It replaced the previous two-step technology. Its effectiveness is most pronounced when upscale lower resolution to 4K during the content processing.

Frequency based Sharpness Enhancer sharpens the image, reproducing fine details, textures and elements along the frame edges by controlling the refresh rate. 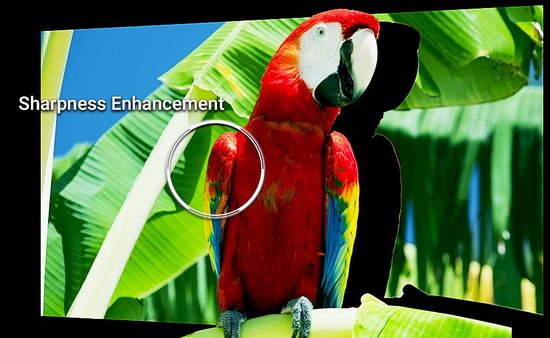 As a result, the technology improves the detail and realism of the image.

The Object Depth Enhancer enhances the object depth by analyzing textures and frame edges to identify and highlight the main object in a frame. 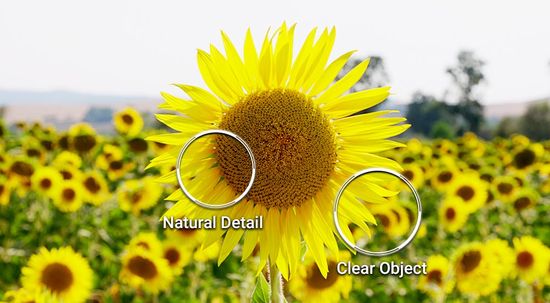 Of course, sometimes experts are skeptical about some of these technologies, considering them to be marketing. But LG OLED65E8PLA really provides the most saturated image with excellent color rendition and deep black color without distortion, without loss of brightness and contrast even at maximum angles. Of course, the quality of 4K HDR playback corresponds to the highest level.

E8 has a set of preset picture modes with the possibility of their further adjustment by brightness, contrast, etc. Of course, calibration is significantly different for different modes. But in general, the factory settings correspond to a very high level. Technicolor expert demonstrated almost perfect color reproduction. The color temperature varies between 6500-7000K (6500K standard). The color error ΔE does not exceed 5. Traditionally, for an OLED matrix, the color gamut exceeds sRGB.

The LG TV Plus app (Android and iOS) can replace the remote and provides content playback from your smartphone. 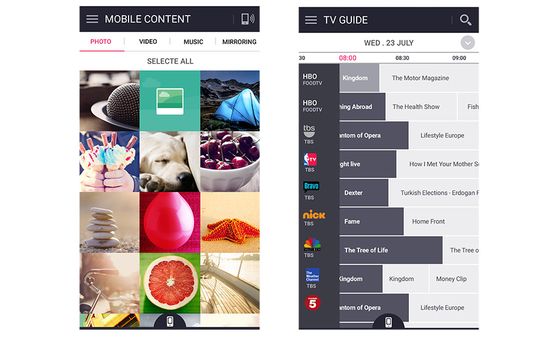 – support for virtually all HDR-formats;