Of course, the technology of quantum dots has become one of the most significant innovations in the segment of television matrixes. It was developed by Samsung company. Samsung Electronics first introduced the QLED TV with this technology at CES 2015. It got the name SUHD TV, where the first letter symbolizes Spectacular, Smart, Stylish and Superb. Despite the ambitious title, demonstrated TV is quite consistent with this title. 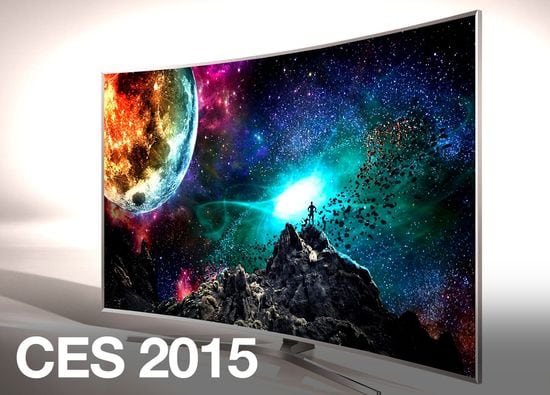 Engineers predict that this technology will reduce electricity consumption by 5 times. In addition, they expect a longer service life compared to OLED TVs. Companies also claim that they will be able to reduce the cost of production by 2 times compared with OLED TVs and LED display. Today, the sub-pixel size of the display is about 50 microns in width and 10 microns in length. Such a compact size opens up wide prospects for using this technology in the production of screens for mobile phones.

Quantum dots are microscopic crystals that glow under the influence of light or electricity. Crystals can glow in different colors. The color depends on the size and material of the pixels. The diagram demonstrates the operation principle of this technology that is based on the dependence of the emitted color on the dimensions of the crystal.

Today, scientists have learned to almost completely control the size of quantum dots by changing the number of atoms. Thus, the technology can provide almost unlimited color gamut. Additionally, quantum dots are very stable. Therefore, for example, a point of a certain red hue retains its color a very long time.

Today, engineers use this technology as follows. A solution with microcrystals or quantum dots is applied to a silicon wafer. Rubber matrix with a comb surface is gently pressed against this surface to capture microcrystals. Then they are separated for application to glass or to flexible plastic. Strips with microcrystals (quantum dots) are used for the production of thin-film transistor matrices.

Such a coating is created for different shades, for example, for a glow with a certain shade of red and green. Microcrystals are mixed on a single film without separation into auxiliary pixels. In the future, they emit red and green for backlight, for example, of a conventional blue diode. 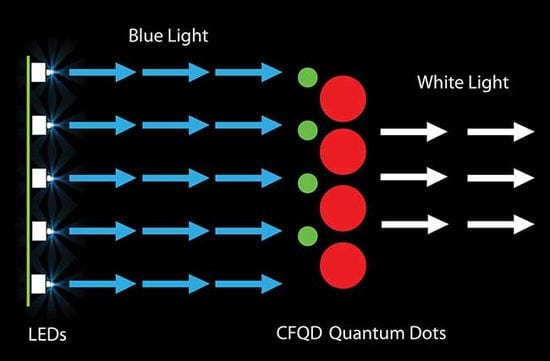 The high quality of white light behind the matrix is almost equivalent to the natural color rendering for the viewer’s eyes on the other side of the screen. The color rendering quality is increased at least due to lack of correction with losses or distortions for the spectrum. A wide color gamut is ideal for 4K TVs and 4: 4: 4 sub-colors. 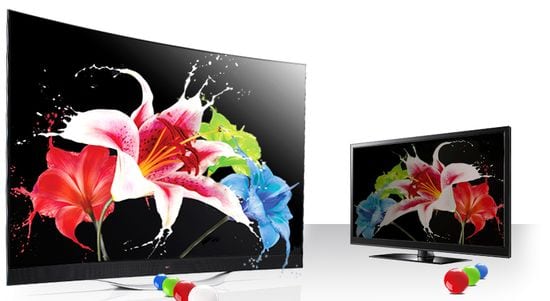 Of course, Quantum dots technology will improve the color reproduction and overall impression of the image. However, this technology does not solve other problems of LED TVs. For example, it does not provide an ideal black color, because liquid crystals are not capable of completely blocking light. The color only weakens in the intermediate state. OLED technology and plasma TVs completely interrupt the flow of light. However, plasma TVs are practically taken out of production, and OLED-TVs are still too expensive for most consumers. Therefore, QLED TV is a good choice for many consumers when buying a TV.