In 1962, Japanese Sharp introduced the first serial microwave oven on the market. 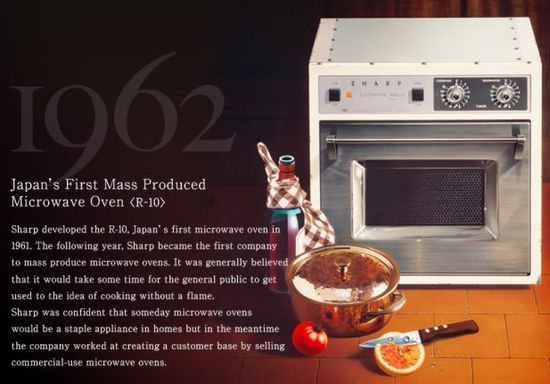 As usual, most consumers reacted incredulously to the new product. Unfortunately, the first models provided very low quality cooking due to the unevenness of the heat treatment. As a result, food was prepared on one side only. But in 1966 the company developed a turntable, which radically solved this problem.

As a result, the microwave cooking quality has increased dramatically. Of course, their popularity among consumers also has grown rapidly. The 1979 models already used an automatic control system. The first microwave oven with Internet access appeared in 1999. Today, this device is a mandatory attribute of almost any kitchen.

As known, magnetrons of almost all modern microwave ovens generate electromagnetic radiation with a frequency of 2450 MHz.

The choice of this value was due to several considerations, including:

– the frequency should optimally match the frequency spectrum of the microwave energy absorption by water molecules. On the graph, this section corresponds to the maximum value of red with minimum values of blue. 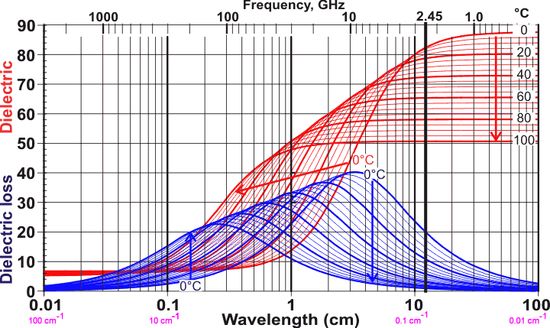 – the penetration depth of radio waves is inversely proportional to the frequency. For the effective preparation of most dishes, it should exceed a few cm;

– the frequency directly depends on the design of the magnetron, which is limited by the requirements of its effectiveness, cost and size;

As known, an electromagnetic wave is a combination of electric and magnetic fields. Of course, food does not respond a magnetic field due to the lack of magnetic properties. But many foods contain dipole molecules with a positive electric charge at one end and a negative charge at the other. Their list includes water, which prevails in almost any food, and mineral salts, fats, sugar, etc. Thus, vegetables, meat, fish, fruits contain millions of dipole molecules, which are randomly oriented in the absence of an electric field. But the electric field turns them strictly in the direction of the lines of force. Accordingly, a change in the pole causes the dipole molecules to rotate 180 degrees. 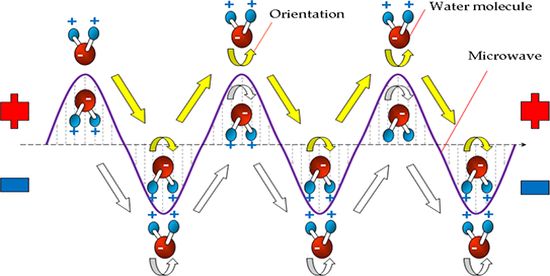 As known, its frequency reaches 2450 MHz. In addition, the electric field changes orientation its poles twice in a single wave period. Thus, the rotation frequency of the dipole reaches 2,450 MHz x 2 = 4,900,000,000 times per second. Of course, this process is accompanied by the intense interaction of dipole molecules with the generation of a huge amount of heat, which provides heat treatment of foods.

Probably, aspects of a healthy lifestyle and safety can be considered one of the main trends of the late 20th century. It covered almost all areas of life, including healthy eating. As a result, a huge number of experts joined the discussion about safety and helpful of microwave cooking. But the long-term use of microwave ovens without negative health effects practically reduced them to zero. Today, the results of these disputes can be formulated in several theses.

1. Of course, microwaves have nothing to do with radioactivity. They belong to the category of non-ionizing radiation and do not have a radioactive effect on substances and foods. This verdict was confirmed by WHO (World Health Organization) in 2008.

2. To date, there is no evidence of structural isomerism inside foods during exposure to microwave radiation. Maybe intensive traditional heat treatment, the addition of certain food additives, the very long-term exposure to microwave waves of very high power, etc can somehow affect the arrangement of molecules in foods. But no one published the results of such studies. Their absence indirectly confirms the safety of this technology.

3. The energy of the microwave field in the working chamber of the microwave oven is absolutely harmless to health due to the high efficiency of the door screening. At the same time, all modern models automatically block the operation of the magnetron when it is opened. But out of curiosity, anyone can check the reliability of this protection. To do this, you put the phone into the camera of the disconnected microwave, close the door and dials its number from another phone. Call blocking means high quality of the door screening. This video demonstrates this simple but compelling experiment.

However, the use of a microwave oven has several nuances. This list includes the following aspects.

1. WHO (World Health Organization) does not recommend the use of microwave ovens for people with a cardiac stimulant who may be sensitive even to a weak microwave flow.

2. When heating water to a boil, removing a glass can be dangerous. Unlike the kettle on the burner, the heating of water in the microwave is carried out evenly from all sides and over the entire height. The water in the teapot boils because of the dissolved air rising from the bottom. In the microwave, bubbles do not form even at boiling. But even slight shaking can provoke intense water boiling, creating a risk of burns.

3. Metal objects and utensils with metal decorative elements may damage the device. As known, a high-frequency electric field generates induction currents in a metal. As a rule, the thickness of the decorative layer is very small. Therefore, the induced current density can reach a high value, causing overheating, fusion or electric discharge. 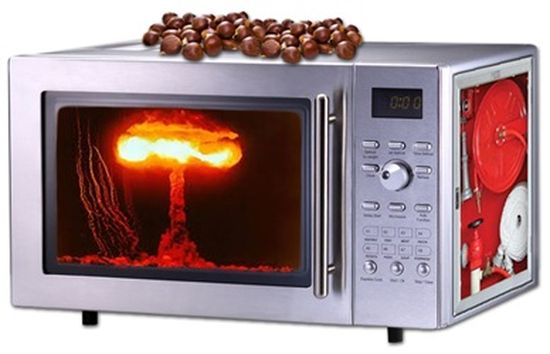 But a simple perforation with a fork or knife will ensure that the steam is vented through the mini-hole made and will eliminate this risk.

5. Vegetable oil may catch fire due to high temperature.

6. Operating with an empty chamber may damage the device. In this case, microwaves will be reflected many times from the walls, creating areas of high energy concentration. They can cause overheating of some components.

For 50 years, microwave ovens have become one of the most sought after kitchen appliances. Prolonged use without adverse health effects convincingly proves their safety. 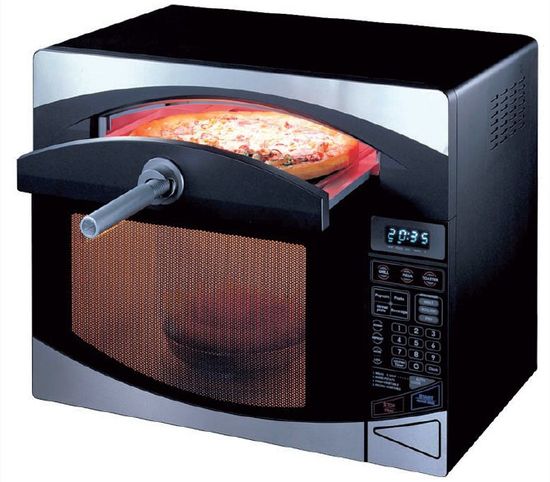 At the same time, the price of even innovative models often does not exceed $ 200. Given these factors, the microwave oven quite reasonably occupies the top position in the list of the most necessary kitchen appliances of many consumers.