The rapid growth in popularity of 3D video began in the early 21st century. The companies reacted adequately to the demand and concentrated their efforts on the development of this direction. Soon, many TVs already provided support for this feature. Unfortunately, the limitations of 3D content significantly slowed down its further development. As a result, many leading companies limited their efforts in this direction.

Later, the release in 2009 of the 3D-movie “Avatar” by James Cameron caused a new wave of 3D popularity. Indeed, the stereoscopic format of the planet Pandora made a huge impression even on the most imperturbable viewers. 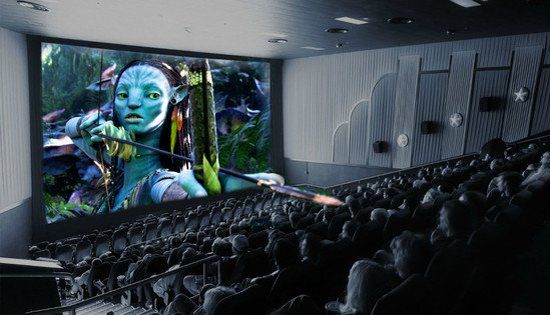 By that time, there was already a trend to complement their home theaters with projectors. Therefore, companies have made great efforts for the rapid implementation of 3D option in their models.

Unfortunately, companies could not agree on a uniform format. Therefore, modern models use polarization or active shutter 3D technologies. As known, the polarization technology divides the image into two pictures using polarizers. Initially, companies used linear polarization, when the plane of the waves direction for each eye are mutually perpendicular.

In this case, the two devices project two images with polarization for each eye onto the screen. Special glasses with filters in the eyepieces pass only one polarization. Accordingly, each eye perceives its own image and the brain forms a 3D image from two pictures. 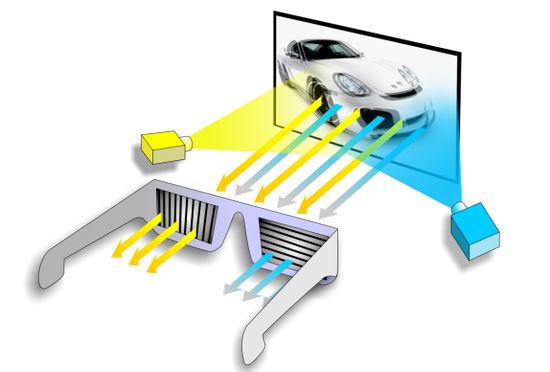 The list of cons includes the need to use two projectors and a special screen with a high reflectivity without changing the polarization. In addition, the preservation of the 3D effect requires a straight head position.

To solve these problems, companies have developed a technology with circular polarization and alternate frame projection for each eye using only one projector. It eliminates the disadvantages of linear polarization, but loses half of the light flux, reducing the brightness.

This technology generates 3D images by dividing frames for each eye with special glasses. The projector alternately displays images for each eye with a frame rate up to 120 Hz. Active glasses use special LCD matrix, which are synchronized with the projector via an infrared modulator. They block light streams in such a way that each eye sees only part of the image. Of course, the polarization of the image for each eye must coincide with the polarization of the corresponding LCD matrix of glasses. 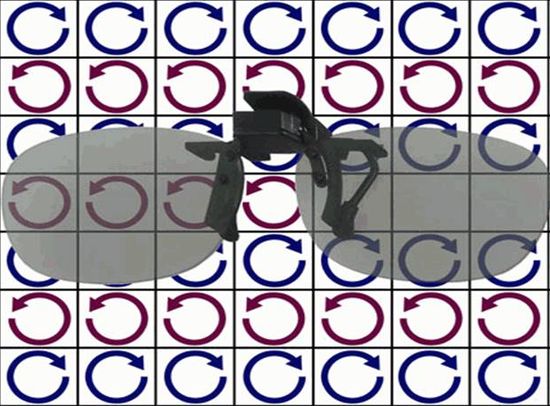 Our brain perceives visual images as a single 3D image due to its inertia. Today, this technology is most actively used in home theaters.

Of course, 3D support affects the choice of projector, increasing its competitiveness. Therefore, most modern DLP, 3LCD, and LCoS projectors support this option. As a rule, modern models automatically switch to 3D mode with the appropriate signal at the input, determine the standard and correctly display it. The list of major modern formats includes Frame Packing, Side-by-Side and Top-Bottom.