In fact, Epson 5040UB and Epson 4010 marked the transition from Full HD to 4K in the evolution of Epson projectors. Аs known, Epson introduced Home Cinema 4050 4K PRO-UHD at September’s CEDIA Expo. A few weeks later, the company unveiled a consumer version of this projector called Home Cinema 4010 (EH-TW7200), which was $ 200 cheaper than the HC4000 starting price. 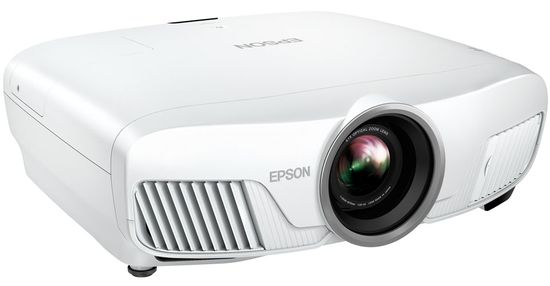 The video at the end demonstrates this model.

But in the same period, Epson 5040UB (EH-TW9300) rapidly increased its popularity in the market. These models had identical design, similar functionality and close specs. In fact, the company simultaneously presented two roughly identical projectors, but at a different price. Of course, there was a natural question about the ratio of their consumer qualities.

The HC4010 and HC5040UB have very similar main specs, including:

– a wide range of lens shift;

But most importantly, the HC4010 uses second generation of 4K-Enhancement with 4K PRO-UHD name. According to the company’s information, their engineers have increased angle of the leading and trailing edges of the electronic shift pulse, reducing the delay between the bottom and the top of the pixel shift change. This engineer solution reduces downtime, increasing the light output, color accuracy, and performance, in general.

In fact, the contrast can be considered the main and only significant difference between these models. Compared with the previous HC4000 model (contrast 140,000: 1, brightness 2200 ANSI lm), the HC5040UB showed significant advantage in black depth for a darkened room with a low APL (average picture level) in dark areas of the frame. Of course, this advantage decreased with increasing ambient light in the room. Unfortunately, HC5040UB vs HC4010 did not demonstrate practically any advantages in this aspect.

However, in dark, complex scenes, it significantly exceeds the 4010 ( with on / off dynamic iris), showing finer differences between gray and black.

In fact, the increase in dynamic contrast enhances the projector’s ability to reproduce complex content in high quality. But this does not manifest itself in fairly simple bright scenes.

As know, Epson originally used the name 4K Enhanced for its 1080p pixel-shifting technology. But after improvement, the company calls it 4K PRO-UHD technology.

Technically, the company’s engineers shortened the transition time between pixel shifts by increasing the duration of on-screen pixels. 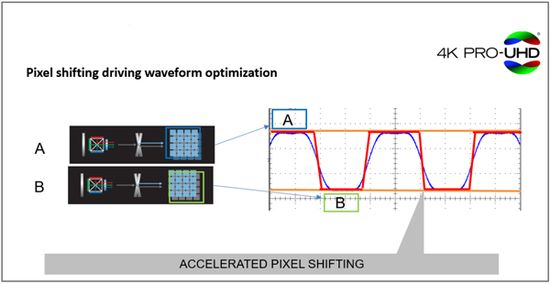 According to the company, this upgrade improved rendering the picture detail.

Moreover, Epson uses various degrees of image processing to improve the contrast characteristics. It depends on the selection in the range from Preset 1 (least enhancement) to Preset 5 (most enhancement).

The degree of the edge enhancement processing provides optimization depending on the characteristics of the content. For example, videos with a frequency higher than 24 fps require lower presets. In addition, high presets can form spots in some unfocused areas in the frame. But reducing the preset to 2 eliminates it almost completely. But usually, Preset 4 or 5 provide excellent results.

Testing with the 4K spiral pattern (SDR, 8-bit) showed almost identical results for both projectors when raising the settings from Off through Preset 5. 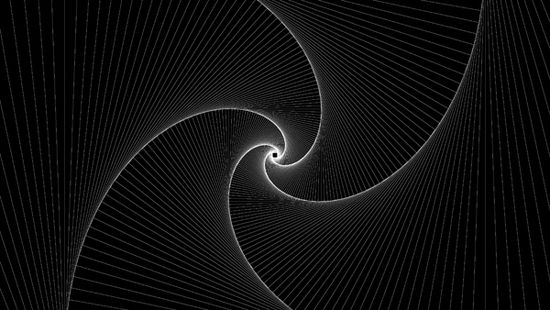 Image sharpness was tested using UHD demo disc from Panasonic with video of 4K resolution. For example, one clip contains a train movement in the autumn forest. A huge number of bright colorful leaves allows the projector to demonstrate its full potential. 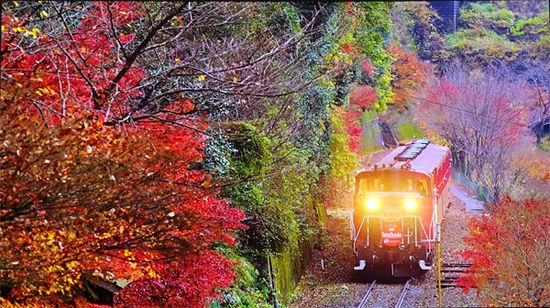 Both models showed roughly the same quality with low settings. A slight difference in favor of 5040UB begins to manifest itself at Preset 3 and above. But frankly, it is very insignificant.

As known, HDR content often uses peak brightness of 1000 nits or more. Of course, most modern projectors and even mid-priced TVs do not provide such brightness. Therefore, modern displays convert such content. Its processing algorithms narrow the content range to its own dynamic range. This technology is known as tone-mapping. Of course, it requires a compromise. For example, some frames after cropping will lose detail in bright image areas.

Both models have manual HDR settings for four modes and two auto settings, which are activated when identifying HDR content. In fact, Auto 1 (Bright) corresponds to manual HDR 1, and Auto to HDR 2.

Increasing the HDR mode number reduces the image brightness, ensuring the choice of the optimal mode for content and viewing conditions. For example, the first two modes are well suited for scenes with bright effects. But they reduce the detail around the image perimeter. Accordingly, modes 3 and 4 cut too bright scenes, keeping details in the shadows.

HDR grayscale step pattern helps to assess the quality of the HDR modes. 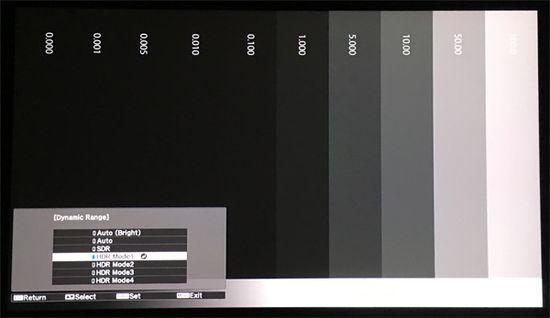 In total, they showed about the same HDR rendering for both projectors. But Epson 4010 shows more confident tone mapping in 3 and 4 HDR modes.

1.Of course, the Epson HC5040 provides higher contrast and deeper black. But the visualization of this advantage requires a darkened room and it appears only in dark scenes.

2.The new updated 4K PRO-UHD pixel shifting technology in the HC4010 did not show clear advantages over the 5040UB.

But today, street prices for these models are almost equal. Of course, at the same price, 5040UB wins against 4010.

All these factors affect the choice of the optimal projector.