The multi-national giant Hisense needs no introduction for a long time. It designs, manufactures and markets a wide range of high-tech consumer electronics, including the very popular TVs and projectors. Hisense USA Corporation was founded in 2001 and is its US subsidiary.

Company has long earned a place among the innovation leaders. This list includes:

It’s based on QD (quantum dot) technology, which was introduced by Samsung over 10 years ago. But its aesthetic grace is still impressive.

It works in the following way. A stream of light from an array of blue LEDs is directed to an additional matrix with deposited microparticles, the size of which corresponds to the wavelengths of red and green. Some of the blue passes through the film and combines with the re-emitted reds and greens to generate an almost perfect white. In fact, the developers have created an analogue of a small sun in TV. White enhancement has significantly increased brightness, expanded color gamut, and improved color accuracy in LCD TVs.

It uses an additional monochrome layer, each pixel of which works as a primitive local dimming zone. Unfortunately, there is no information about its further development.

Of course, the company takes an active part in the annual CES in Las Vegas, periodically impressing the public with its new products. CES 2023 was no exception. Hisense’s list of new products includes:

ULED X series has become the main innovation of this year from the Chinese giant. The company positions it as a new generation of LED LCD TVs with QD technology and miniLED backlight.

According to Hisense, the ULED X series will use:

U8K series has 1,500 nits of peak brightness and uses over 1,000 local dimming zones, which is double vs last year’s U8H. Their screen sizes range from 55 up to 85 inches. All TVs have anti-glare screen with a low reflection, and a built-in 2.1.2 audio system with up-firing speakers. They perfectly reproduce Dolby Atmos soundtracks without a separate soundbar. Like all 2023 Hisense miniLED TV line, the series also supports IMAX Enhanced and Filmmaker picture modes.

Unlike last year’s U7H, the new U7K series uses miniLED backlit with up to 500 local dimming zones, and delivers up to 1,100 nits peak brightness. It also includes models from 55″ to 85″.

The cheaper entry-level premium U6K series offers models with 50- to 85-inch screen sizes. Up to 200 local dimming zones and a 60Hz refresh rate are their main differences. According to the company, some models in this series will cost less than $ 500.

All new TVs should be available in spring.

Once again, Hisense has successfully confirmed its status as one of the innovative leaders in the high-tech consumer electronics segment.

L9H/L5H Laser TVs and PX2-Pro/PL1/PX1H Laser Cinema models will continue their assault on the consumer market as an alternative to TVs in the living room.

The Premium ULED X series can rightly be positioned as a new generation of LED LCD TVs.

But, of course, their marketing prospects are not cloudless. Probably, the announced wireless 97-inch LG Signature OLED M3 and 76-inch Samsung MicroLED CX panel can be positioned as promising concepts for the time being. But the South Korean giants also introduced:

TCL Q-series will be an equally formidable competitor.

Judging by the specs, all of them can successfully replace their predecessors in the top lists. Therefore, competition will hardly be easy. But of course, the success of any company will traditionally depend on the price and quality ratio, but it will not be known until spring. 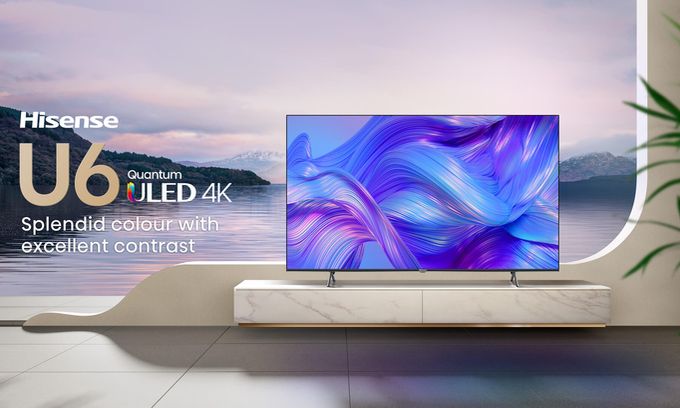