As a leader in the segment of digital cameras and TVs, the company has vast experience in creating effective technologies in the field of image processing, improving color accuracy, etc. Of course, the company’s engineers are actively using these opportunities. For example, the company has developed an Cinema Pro app for the Xperia 1 with the interface of professional Sony CineAlta cameras. In particular, this app contains special presets with different color temperatures. 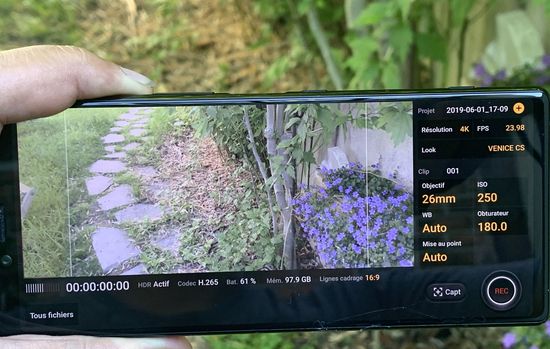 As a result, Sony smartphones even with modest specs of matrices provide high-quality shooting in various modes, and high-quality video content playback. In fact, this aspect allows the company to reduce the price of its models without much damage to quality. As known, a company rarely installs expensive matrices in its cameras, despite the fact that it is a leader in this segment.

Unlike many of its competitors, Sony prefers to release several models each year that differ significantly from the smartphones of the previous year. By the way, Google, Apple and Oppo also use this strategy. On the other hand, many well-known brands, including Samsung, LG, Huawei (Honor), Xiaomi prefer the strategy of intensive expansion of the lineup. For example, in 2014 Samsung introduced 56 new models, and LG – 41 new smartphones. Of course, each of them has its own pros and cons. For example, a wide range expands the company’s ability to experiment with components, including the chipset, screen and cameras, choosing their optimal combination. As known, the commercial success of many Best Sellers is due to a very good price/quality ratio. But on the other hand, a large number of models increases the cost of advertising, support, etc.

Of course, each strategy has its supporters among the management of different companies. But for consumers, a wide range expands the choice of the optimal smartphone, unfortunately, often complicating it.

Xperia 1 became one of the most unusual flagships of 2019. The company’s engineers risked changing the traditional aspect ratio for smartphones. As a result, Xperia 1 was the first smartphone to support the 21: 9 CinemaWide format. As a result, the model has an elongated narrowed form factor.

Thus, the conditional classification of smartphones may soon replenish with CinemaWide models. In the case of a positive reaction of consumers, they will complement the list of phablets, camera phones and gaming phones. Of course, this aspect will largely depend on ergonomics due to a change in the shape of the case.

In addition, the model uses a 6.5-inch CinemaWide 4K HDR OLED display with a 3840 x 1644 resolution, and its pixel density reaches an unprecedented 644 ppi. For comparison, the pixel density of the many flagships 2019 varies in the range of 300-400 ppi. As known, it directly affects eye strain. Thus, it is also ideal for long-term watching movies. The screen has Gorilla Glass 6 (IP65 / 68), an oleophobic coating, and also supports automatic brightness control and multi-touch.

In addition, the 3330 mAh battery provides 17 hours of viewing HD video at maximum brightness due to the highly efficient Stamina and Ultra Stamina modes.

– long battery life with Stamina and Ultra Stamina modes when watching a video;

– Dual Photo-diode technology (each pixel is configured by two photo-diodes, providing an increase in the absorbed light);

Today, the Sony Xperia 1 successfully competes with the more expensive Samsung Galaxy S10+ and Huawei P30 Pro and with the cheaper Xiaomi Mi 9 and Asus ZenFone 6.

Generally, it is ideal for watching movies, games, shooting, and has good prospects, especially among fans of this brand.

At the Berlin IFA 2019, the company introduced the compact flagship Xperia 5.

In Barcelona at MWC 2019, Sony also introduced the mid-budget Xperia 10 and Sony Xperia 10 Plus. 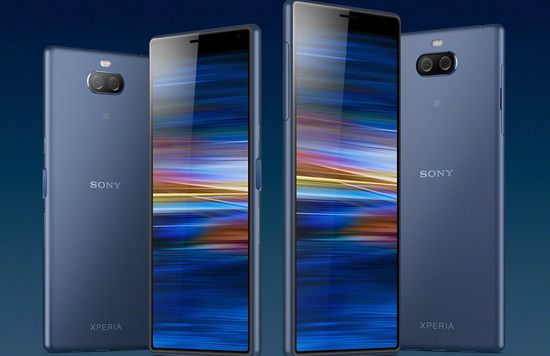 Both models use a CinemaWide screen, run on Android 9 Pie, have a microSD slot, USB 3.1 Type-C and NFC. The list of main differences includes: 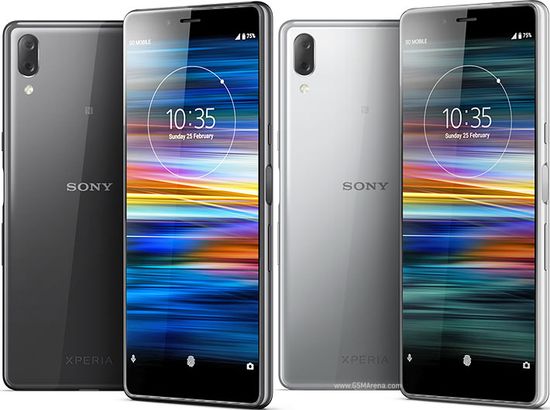 Of course, the 21: 9 aspect ratio in the CinemaWide format was for many experts an unexpected surprise in 2019. If this idea is successful, it can quickly spread among other market participants. In this case, CinemaWide smartphones will complement the list of camera phones and gaming models. If the ergonomics of the new form factor are unsuccessful, then these five models will please fans of widescreen content. In any case, Sony once again reaffirmed its commitment to innovative experiments. 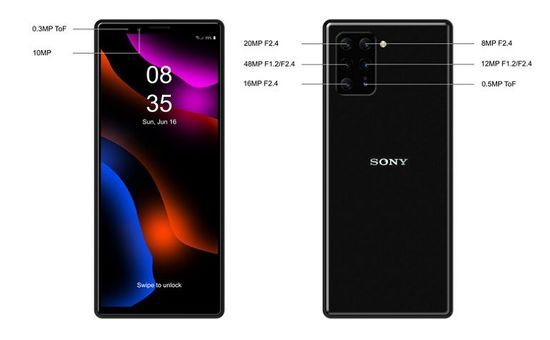 In addition, it has front 10-MP and 0.3-MP ToF cameras providing Portrait Mode.

This video offers a comparison of Sony Xperia 1 vs Huawei P30 Pro.