Of course, the popularity of smartphones leads the consumer electronics segment. As known, the idea of combining the functionality of a cell phone and a personal digital assistant appeared in the early 1990s. In 1992, IBM introduced the first IBM Simon model. 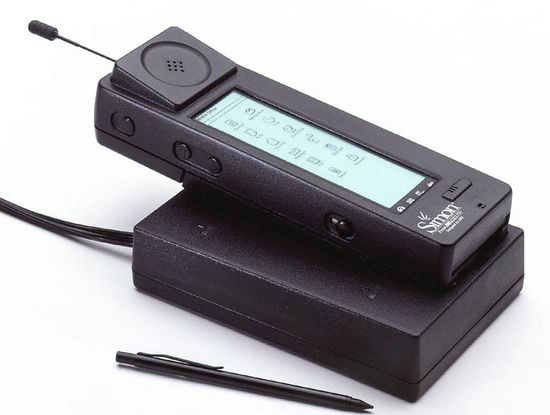 Of course, the functionality, Smartphone Storage, camera, screen, and performance of modern models are radically different from their prototype. Today, the market offers a huge range of smartphones in a wide price range. For example, companies already offer Projector Mobile Phones with a projector function, including the very popular Blackview MAX 1 Projector Mobile Phone. But OS remains one of the main criteria when choosing a model. 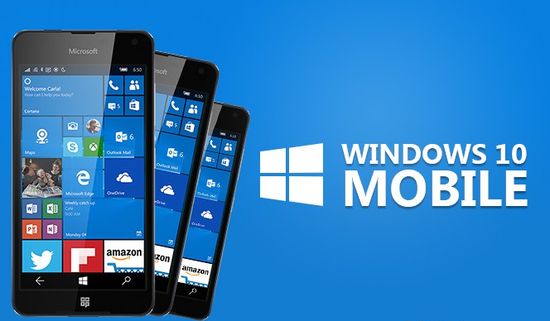 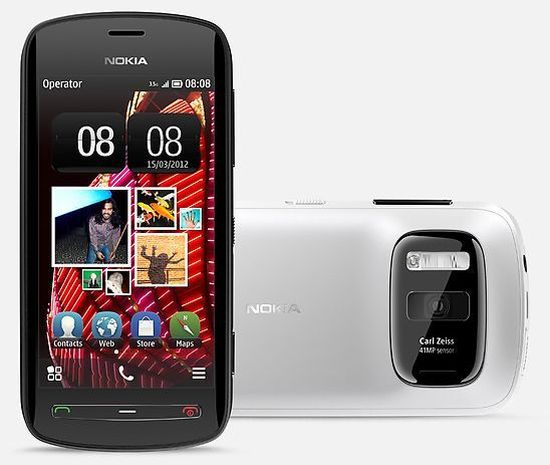 The share of other operating systems, including Bada, Palm OS, Open WebOS, Maemo, etc. is insignificant. Therefore, according to many experts, in the coming years, the main competition will continue between Android and Apple iOS. But today, a wider range of applications and a lower price with the same functionality provide an advantage for Android devices.

Most modern models from Samsung, HTC, Motorola and almost all Chinese companies use Android. Of course, excellent versatility pretty much provides this popularity. Today, a huge number of gadgets, including watches, bicycles and even cars use the Android OS.

– open-source software (OSS) encourages the development of new apps that are available on Google Play. Today, the service offers more than 1.5 million programs for paid and free downloads;

– convenient synchronization with other devices through wireless modules or a USB cable without additional software;

– a huge selection of manufacturers;

– a wide range of Android models.

– a lot of low-quality software in free apps;

– complex settings due to their huge number. 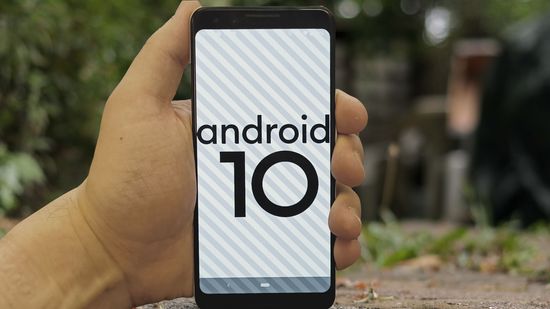 Holding the power button activates a pop-up menu with options for restart, shut down, screenshot and emergency SOS.

As known, more than 20 mobile operators have promised 5G support until the end of 2019;

It transforms absolutely any audio into text in real time. According to Google, this option is implemented directly on the device and can work without an Internet connection. Live captioning allow you to watch video without sound.
Bubbles function

Android 10 contains a section in the settings menu with all the protection features. For example, the system provides protection against unauthorized surveillance of a person and against procrastination in the new Focus Mode, which ensures app shutdown.

As in the 13th version of iOS, Android 10 plans to use a dark theme. 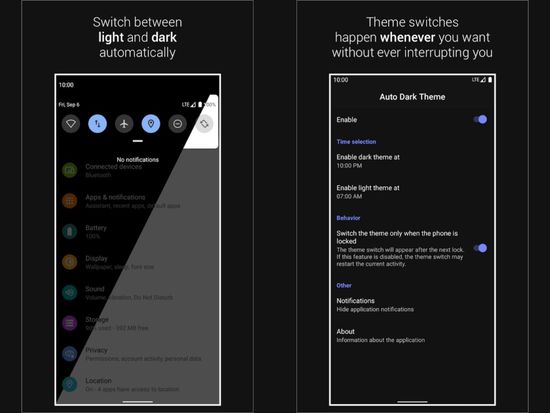 Strictly speaking, Google has already used the dark design in Android 4.0. Now it will provide energy savings for models with OLED screens. By the way, the test from the PhoneArena portal showed savings in this mode of up to 50% charge. The option will be activated manually or when the power mode is turned on.

As known, Android has long been experimenting in this direction. Unfortunately, while it was inferior to iOS in terms of convenience. Android Q works similarly to iPhone X. For example, swiping left returns the previous app, and swiping up and holding activates the list of running applications. A virtual navigation bar allows you to swipe open apps in any direction.

In addition, the system offers a simple and convenient setup, which includes only 5 steps:

– scrol down the menu options while until “System”;

– “Gestures selection” in the menu;

But the final conclusion about the convenience of the improved option is still premature today.

As known, in 2017 Apple introduced the iPhone X with “notch”, which maximized the screen working area.

Usually, the upper part contains sensors, a speaker, a front camera lens, etc. In this case, they are all included in notch. In fact, the display “surrounds” the notch, increasing the screen working area without increasing its diagonal.

As a rule, the companies use the freed area to display system icons, notifications, hours and battery power. Being next to notch, they do not occupy space on the main part of the screen.

Android Q on the Pixel 3 XL smartphone demonstrated the correct operation of this option.

In addition, Android 10 will natively support folding smartphones with the help of an emulator of bendable smartphones. This feature supports virtual 7.3 / 4.6-inch displays in the open / folded state, or 8 / 6.6 inches, respectively. 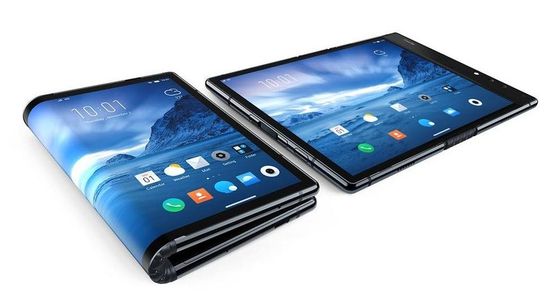 This popular mode will provide the use of a smartphone as a PC when connecting a monitor, keyboard and mouse. As known, in 2017 Samsung first introduced DeX (DEsktop eXperience) technology to solve this problem. But the technology required a special docking station, which the company offered for $ 150. 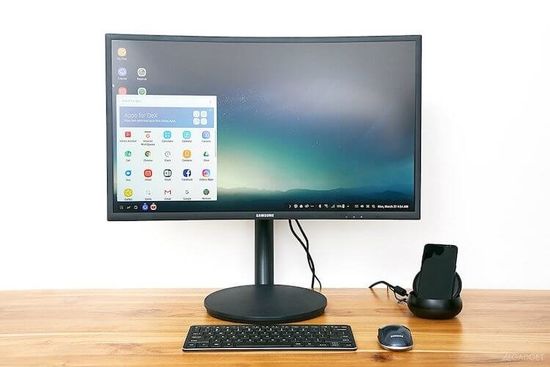 Its performance provided typing, viewing content, and working in a browser. Moreover, the smartphone even supported working with multiple open windows in multitasking mode. Unfortunately, Samsung did not begin to develop this direction.

Android 10 has changed the logic for controlling media playback and volume. The displayed mini-player in the status bar works with all media files. Above the player’s window are available icons for wireless interfaces and sound output to external wireless speakers. The volume control now provides quick settings for each sound source using the standard menu.

Of course, many manufacturers of Android devices are experimenting with face recognition technology, but there is still no full-fledged analogue to Apple Face ID. As known, it provides a scanning face when unlocking device. Apple Face ID combined the Time of Flight (ToF) sensor, IR illuminator, dot projector, alongside other sensors to create a secure biometric phone unlocking system.

Of course, Google could not stay away. Native support for 3D face recognition in Android 10 promises to significantly advance this technology. Probably final build of Android Q will be able to offer this option. 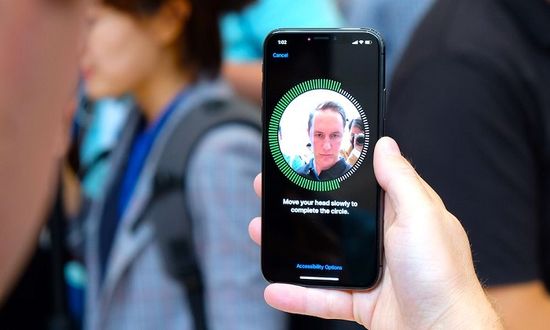 Sensor Privacy in Advanced Airplane mode disables all sensors in the device;

Initially, only the Google Pixel Series devices will support Android 10. In the future, a list of planned models will include:

– gestures do not open the apps manager;

– updates require a lot of time on most models.

In general, Android 10 is showing real progress and moving in the right direction.

This video demonstrates some of the new features of Android Q.