Traditionally, the leaders of consumer electronics presented a huge number of sensational new products at CES 2019. Of course, the segment of high-tech TVs topped this list. Rollable LG R9 OLED TV marked a revolutionary breakthrough in the TV design. 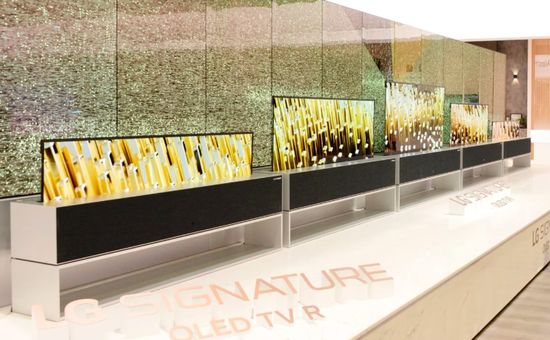 Today it’s even difficult to imagine all the possible prospects for the development of this technology. Perhaps in 10 years we will see curtains-TVs and other creative solutions.

Super screen of 260 combined flexible OLED-screens amazed the imagination of the most imperturbable viewers. 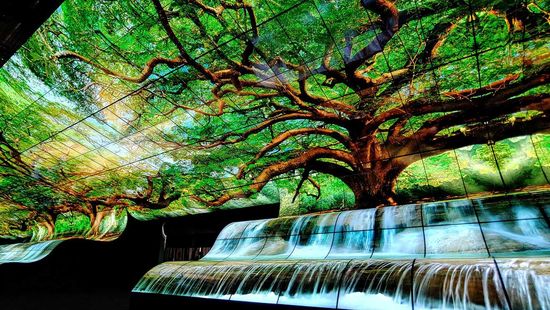 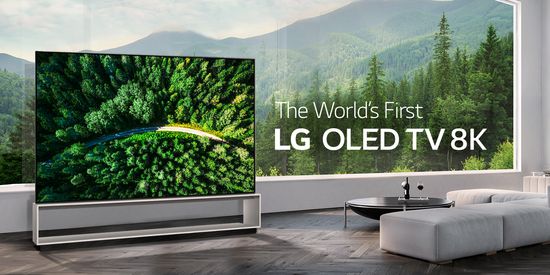 But, of course, these innovative models primarily demonstrate trends for further development. It can be assumed that a very high price will limit their mass distribution for a long time.

From this point of view, the new LG OLED TVs are causing more pragmatic interest. As known, the relatively affordable prices of previous LG 4K OLED C8, E8, W8 and, especially, B8 TVs of 2018 pleasantly surprised many experts. Of course, many hoped for the company to maintain this trend.

LG did not disappoint market expectations and presented at CES 2019 C9, E9 and W9.

The video at the end shows the main differences between the 2018 and 2019 models.

As known, last year’s LG C8 series received a huge number of awards and admiring reviews from experts and consumers. It included models with 77″, 65″ and 55″ diagonals. The 2019 C9 series contains models with similar matrices.

The design of the C9 4K OLED TVs has not changed, with the exception of the stand for 55″ and 65″ models. As known, the company has been using the Blade-slim stand since 2017. 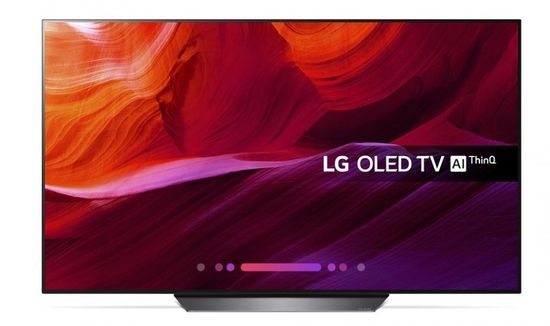 The 77-inch version uses a longer stand due to the greater mass of the panel. 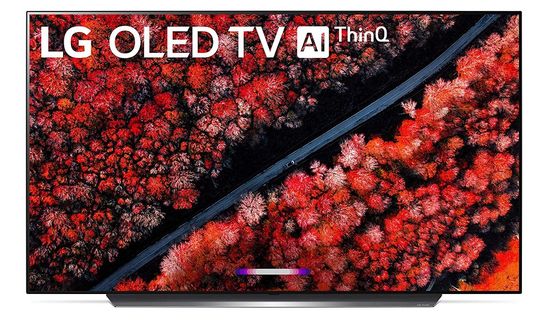 Of course, the model supports all HDR standards, including HDR10 +, Dolby Vision, HLG and Advanced HDR.

Of course, the model provides a very high image quality, including excellent detail, deep black and huge viewing angles, which is traditional for OLED matrices.

The menu includes a 3D LUT mode and an enhanced Black Frame Insertion feature for adjusting the resolution when playing back dynamic scenes. 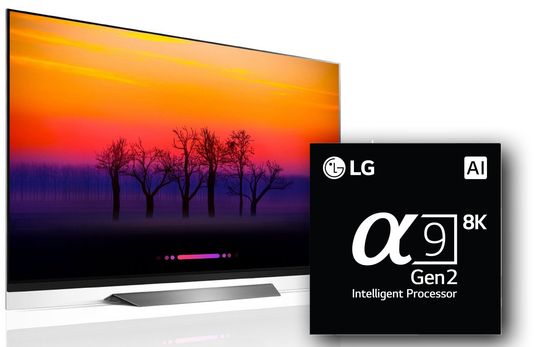 The new processor provides more efficient video processing for tonal HDR playback and fast LG WebOS. According to the company, the α9 Gen 2 technology uses a deep learning algorithm based on an extensive database that recognizes the content quality and selects its optimal visualization.

Alpha 9 Gen 2 Intelligent processor fine-tunes the tone mapping depending on the viewing conditions, optimizing the screen brightness. This algorithm takes into account the perception of the image by the human eye in different lighting conditions. Built-in ambient light sensor measures the illumination level at the location of the TV. Then, the algorithm automatically adjusts the brightness, compensating its level to the optimum. In fact, the α9 Gen 2 AI technology improves HDR content playback by adjusting the brightness and providing increased contrast, detail, and saturation for dark scenes, even in bright environments. 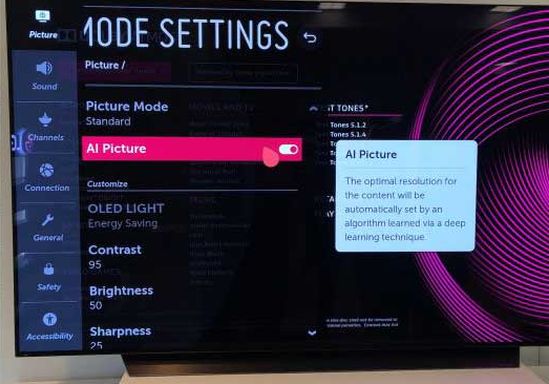 It can be assumed that this new technology has very good prospects.

In addition, the algorithm adjusts the overall brightness for SDR content.

The intelligent algorithm also improves sound quality, enhancing two-channel audio content to virtual 5.1-channel surround sound by mixing. According to LG, the AI Audio function actually calibrates the acoustics at a higher level. The α9 Gen 2 optimizes the output signal depending on the content, increasing the clarity of voices in movies, TV shows and news.

Smart uses the WebOS 4.5 platform, which has not changed since 2018 except for adding a new Home Dashboard panel. 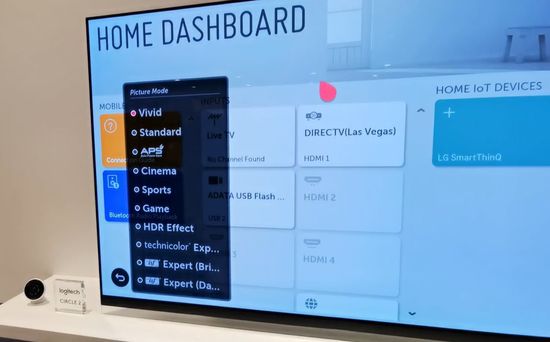 It provides control of all smart home devices, including sources connected via HDMI and Bluetooth.

The panel for launching apps has not changed. The company only deleted a few bookmarks on the left side of the screen and shortened the main icons.

In addition, LG has expanded some functions, including access to the content through various apps without opening them. For example, hovering the mouse over the Netflix tab activates the display of recommended content depending on the browsing history. Theoretically, this option will speed up access to content. 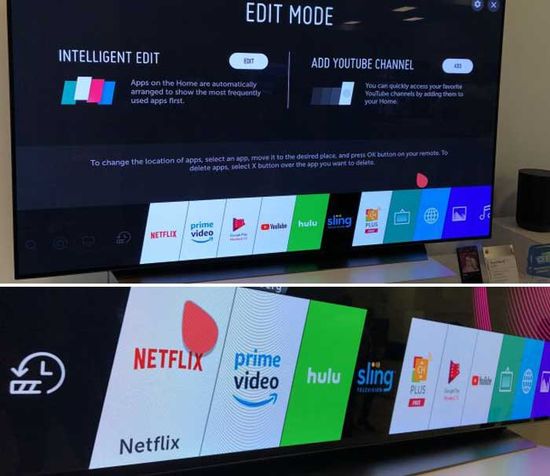 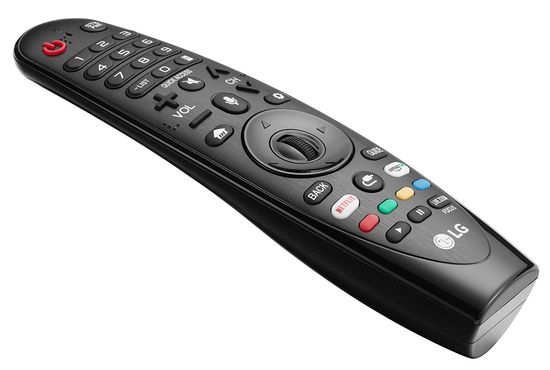 For example, the microphone button instantly activates the voice command mode. If necessary, ThinkQ AI redirects commands to Google Assistant. The special Alexa button is designed for regions with support for this option.

Unfortunately, the model does not have a built-in iTunes store with access to 4K Dolby Vision and HDR10 content. The segment of HDR content is gradually expanding and already today offers quite a wide selection. 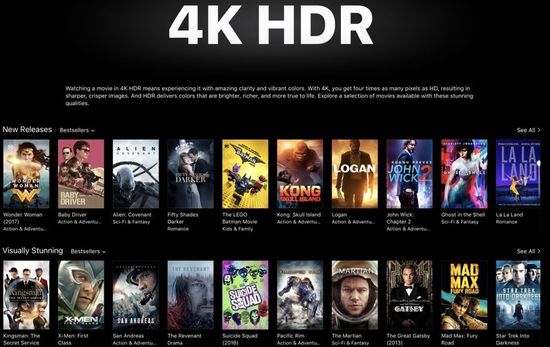 OLED65C9 4K HDR has four HDMI 2.1 interfaces. Of course, support for HDMI 2.1 standard claims one of the major improvements in the series. As known, it, like the previous HDMI 2.0a, supports dynamic transfer of metadata for HDR content. In addition, the new HDMI 2.1 provides 48 Gbps and HFR (high frame rate) with 120 fps.

In general, the new LG 4K OLED HDR series fully met the expectations of consumers. The company was able to significantly improve basic values even in comparison with the gorgeous 2018 models. But, of course, their attractiveness to consumers will depend on the price.