Probably, this year will go down in the history of TVs development as one of the most saturated. Indeed, this year’s list of significant innovations includes:

All of these technologies solve certain tasks. For example, OLED Evo panels provide up to 1,000 nits of OLED TVs brightness. Today premium OLED models provide max brightness only up to about 800 nits.

Sony’s Cognitive Processor enhances video quality by splitting the screen into hundreds of zones and recognizing separate objects in each of them.

Dual Cell technology uses an additional monochromatic LCD layer, whose black and white pixels act as a primitive analogue of the backlit with Local Dimming for the RGB layer.

But miniLED backlit is causing the most interest and really claims to be the second giant breakthrough after quantum dot (QD) technology in the improvement of LED TVs.

As known, quantum dot (QD) technology has radically expanded the color gamut and increased color accuracy by significantly improving the white quality for backlit. In fact, QD TV generates white using an additional film with two types of nanoparticles, the sizes of which correspond to green and red wavelengths.

In this case, the blue from the backlit is directed to the film and partially passes through it. Nanoparticles on the film absorb blue and re-emit green and red, respectively. Behind the film, blue, green and red are combined into high quality white, which is used like backlit for RGB layer.
Companies today use this technology under a variety of names including Samsung QLED, LG Nano Cell, Sony Triluminos, Hisense ULED, etc.

For example, the announced in spring 85-inch TCL X12 8K Mini LED Starlight Smart Screen uses an unprecedented 96,000 LED chips, which are grouped into 1920 local dimming zones. But its price exceeds $ 15,000 and it’s not available today.

In contrast to this Chinese miracle, the Samsung Neo QLED & LG QNED series with miniLED backlit have been available since spring, not very expensive, and are rapidly gaining popularity. Of course, the competition between these two South Korean giants is of great interest from consumers and experts.

Considering the size of the available models, Samsung is $ 400 more expensive, and its series additionally includes 50″ and 55″ Tvs.

LG currently only offers models with a screen of 65 inches or more.

Many of the specs and functionality of these TVs are identical. Both models are ideal for gaming, supporting 120Hz refresh rate, 3 ms response time, Variable Refresh Rate (VRR), FreeSync (AMD) & G-Sync (Nvidia), and 5ms Input Lag for 4K@120Hz. But Samsung wins marginally for 4K@60Hz + HDR (10ms vs 14ms).

– 10bit 120Hz VA panel vs 10bit 120Hz ADS panel (but for Europe, Samsung models use ADS panel, which is an improved version of the IPS panel).

– Samsung has a Twin tuner that can record a selected program while watching a different channel. But the option is available when only one signal source is used at a time;

Unlike Samsung, the LG TV has a 3.5 jack and supports Apple Homekit.

Probably, this year has become one of the most intense in terms of improving TVs. This list includes:

The miniLED backlit really claims to be the second giant leap behind quantum dot (QD) technology in LED TVs. As known, it significantly increases the overall image contrast due to the use of a huge number of miniature LEDs, combined into hundreds and even thousands of local dimming zones with separate control. Today the market offers Samsung Neo QLED & LG QNED series with this innovation.

Samsung QN90A delivers higher image quality for SDR / HDR content at the expense of higher specs, but it’s about 20% more expensive. Besides, the assessment of this aspect must take into account reasonable sufficiency. LG delivers great 6,000: 1 contrast, 81% DCI-P3 color coverage and 1,030 nits peak brightness, which is more than enough for SDR content, including satellite or cable TV. Samsung’s advantage is visually manifested when viewing high-quality HDR content such as from Netflix and, accordingly, only makes sense when accessing it.

Both models are ideal for gaming. The cons list of LG TV includes minor dirty screen effect and blooming, but Samsung has only one HDMI 2.1 interface and does not support Dolby Vision.

This video introduces the LG QNED90 Series with miniLED backlit. 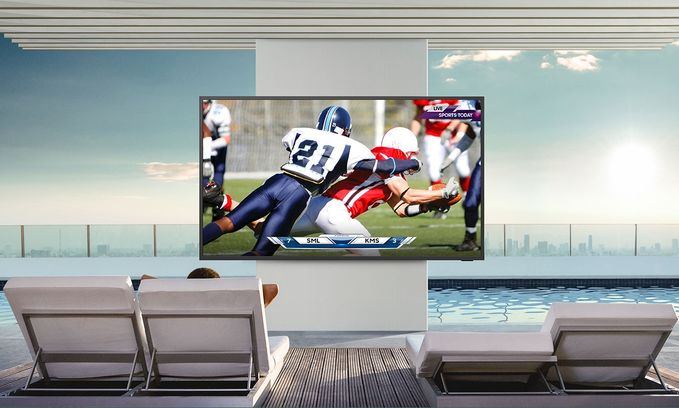