As known, projectors traditionally used powerful lamps as a light source. Unfortunately, they have a limited resource, high cost and high heat dissipation. As a result, such models require a large internal volume for heat dissipation and a powerful cooling system with a high noise level. But successful semiconductor light sources development has radically changed the situation. Increasing their radiation power and lifetime allowed engineers to use LEDs as a light source in the projectors. As known, LEDs and laser LEDs practically do not heat up, and their service life reaches 30,000 hours, which corresponds to more than 10 years of active use. Of course, any modern electronics morally becomes obsolete over such a period.

As a result, new compact light sources provoked the appearance of a whole segment of LED projectors. Of course, compactness has become one of the main directions of their improvement. Such models are often called pico projectors. But many companies often use the terms mini, pocket or portable.

The story of their appearance on the market begins in 2003, when the Israeli Explay company announced the development of mini projector. Already in October 2006, the company publicly demonstrated the first Explay Nano Projector. 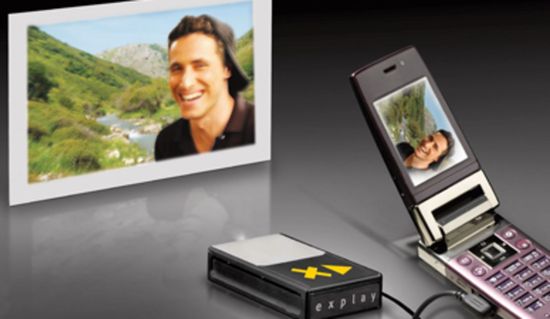 The name pico-projector first appeared in November 2008 during the Optoma advertising campaign, which introduced the PK101 pico projector. 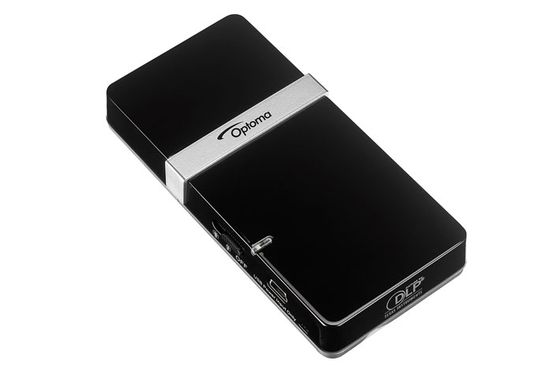 This iPod model supported HVGA resolution, screen sizes up to 66 inches diagonally and Lumen Output up to 9 ANSI Lm.

Many consumers enthusiastically reacted to the new gadget. Of course, the high demand did not leave the companies indifferent and they actively engaged in the competition in the new segment. As a consequence, today many companies, including Sony, Optoma, AAXA Technologies Inc., Rif6, LLC, Anker, Apeman International Co, etc offer pico models. Of course, Miroir was no exception, actively involved in this process.

In addition, the modern market offers smartphones with projector functions.

As known, Miroir USA, LLC has over 15 years experience in the projection display technology in close partnership with Texas Instruments. Ultra portable projectors is one of the main areas of the company. Today Miroir USA, LLC ranks among the leaders of this segment, using its own manufacturing facility in Shenzhen, China and sales offices in China, USA and United Kingdom.

Its modern models use а Texas Instruments 720p DMD chip and new IntelliBright technology to dynamically adjust the projector’s brightness range for each pixel, based on the room’s ambient light.

Probably, Miroir Pocket MP60 can be considered the first popular pico-projector from this company. 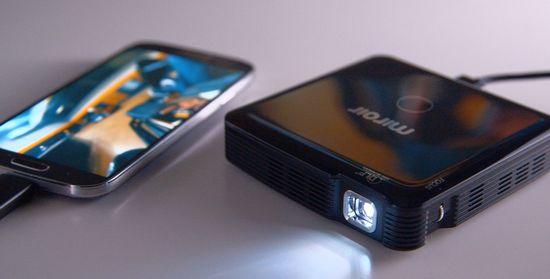 But already in 2015, the company introduced two new models in this segment. The Miroir HD Projector MP150A first appeared in June 2015.

In addition, the model provides Vertical Digital Keystone and has 1.0 W × 2 speakers.

Unfortunately, the dimensions and weight of the model reach 3 cm x 8 cm x 13 cm and 0.66 lbs, respectively. Probably, it can be positioned as a mini-model, although this classification is rather arbitrary. It still successfully competes in the market and is available on Amazon.

Already in September, the company introduced the more compact Micro Pocket MP30 with dimensions and weight of only 1 cm x 10 cm x 8 cm and 0.3 lbs, respectively. 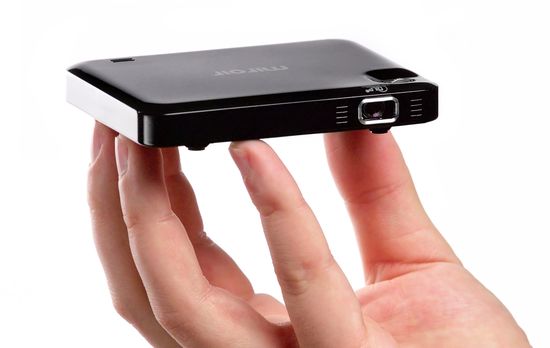 Despite almost the same price, their specs are significantly different. At a price of $ 200, this projector provides brightness of only 15 ANSI lm and only supports 640 x 360 resolution, but its contrast reaches 1,100: 1 (full on / off). Unfortunately, the projector has only one 0.8 W mono speaker and does not support Digital Keystone.

This model also successfully competed in the market, but the company stopped its production in February 2018.

In fact, the MP60W has become a white version of the MP60 with similar specs. 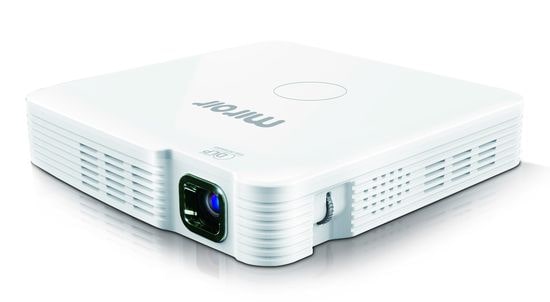 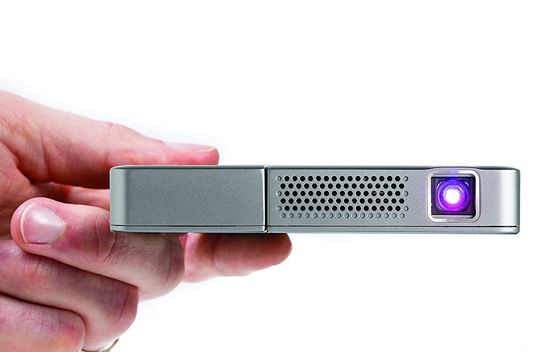 Miroir HD Projector MP160 is not a smart model.

Unfortunately, the brightness of the low-power M45 and M55 reaches only 15 Lm. 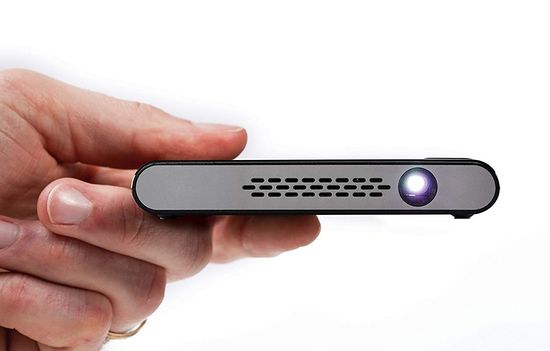 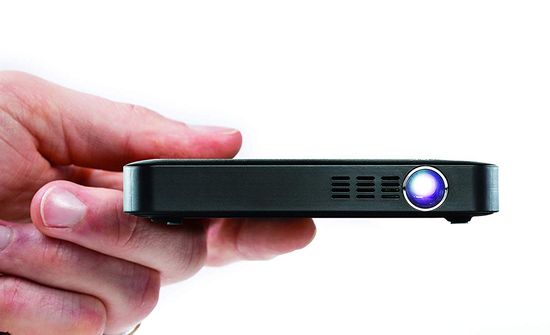 According to the company, they provide a 50” diagonal screen. But the projection calculator from the authoritative https://www.projectorcentral.com shows only 13” of Estimated Image Brightness (Throw Distance of 0.35 meters) at Recommended image brightness for rooms with low ambient light (120 nits). This information is more accurate.

As known, the image quality, including clarity and color saturation, directly depends on the ambient light level and is inversely proportional to the screen size. In turn, the requirements for the ambient light level directly depends on the brightness. Therefore, projectors with low Lumen Output or brightness (several tens of ANSI lm) cannot provide high projection quality for a sufficiently large screen size (for example, 50” and above). In addition, they require complete dimming. Otherwise, image will be too dim. Of course, light-absorbing panels on the walls and a special screen with a high Screen Gain partially solve this problem. Unfortunately, companies usually do not specify this aspect in the specification for the model, indicating the maximum possible screen size. 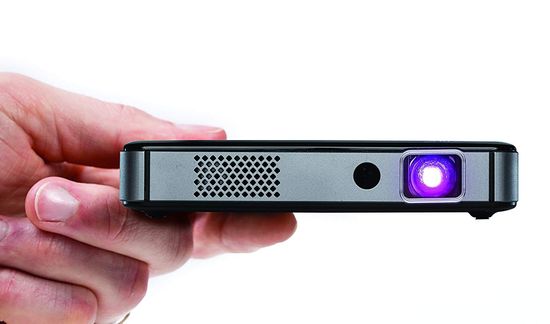 Today the price of this model reaches $ 487. Many reputable resources include the Miroir HD M300A in the top list of the best Smart pico projectors. The video at the end illustrates the capabilities of this projector. 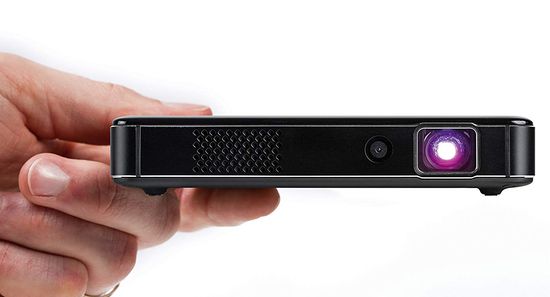 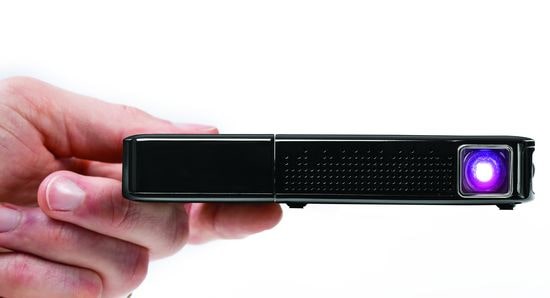 The Miroir Ultra Pro Projector M631 appeared in January 2019 and belongs to a higher class.

As known, Miroir positions this model as an accessory for the iPhone, iPad, MacBook and Apple TV. But the USB C port provides connection to almost any modern device.

Its advantages include a 1080p native resolution with support for 4K input at up to 30 Hz, screen size from 20 to 120 inches diagonally, motorized focus and auto-keystone correction ± 40°, ease of use (controls only for focus, volume, source and power level), two built-in 3-watt speakers, USB charging port, inverting function for a ceiling mount, two HDMI ports and one USB-C.
However, some experts consider a limited set of settings a disadvantage.

Unfortunately, the price of this model reaches $ 650, which significantly exceeds the cost of other models under this brand.

Thus, today the company offers a full lineup of mini projectors, including Smart models, with brightness from 15 to 700 ANSI Lm, resolution from 640 x 360 to HD and priced from $ 68 to $ 650. Of course, such a wide range greatly simplifies the selection of the optimal model.